This week, the Football Writers Association of America and the National Football Foundation released its Super 16 preseason poll.

In the 2022 preseason poll, the ACC, Big Ten, Big 12, Pac-12 and SEC had three teams each, Independents-one. All Power-Five conferences had equal representation for the first time in the history of the poll which started in 2014.

The FWAA-NFF Super 16 Poll was established at the conclusion of the 2013 season by long-time partners, the Football Writers Association of America (FWAA) and the National Football Foundation (NFF). Voters rank the top 16 teams in the NCAA Football Bowl Subdivision, and the results will be released every Sunday of the 2022 season; the individual votes of all members will also be made public. The first regular season poll will be released on Tuesday, Sept. 6 (to account for Labor Day games), and the final poll will be released Sunday, Dec. 4. The pollsters consist of FWAA writers and College Football Hall of Famers who were selected to create a balanced-geographical perspective. The poll utilizes a computer program designed by Sports Systems, a TicketManager company, to compile the rankings. 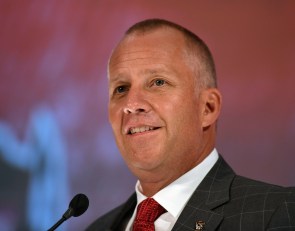