DJ Uiagalelei took most of the snaps in Clemson’s season opener against Georgia Tech on Monday night before Cade Klubnik came in and led the Tigers’ final touchdown drive to put a cap on their 41-10 win at Mercedes-Benz Stadium in Atlanta.

Uiagalelei, who played the first three quarters and change, finished 19 of 32 passing for 210 yards and a touchdown through the air while adding a 9-yard score on the ground late in the third quarter.

The junior starter helped the Tigers take a 34-10 lead midway through the fourth quarter before giving way to the true freshman Klubnik, who led the offense 66 yards in 10 plays while completing 4 of 6 passes for 50 yards, including a 3-yard toss to Will Taylor for what was Klubnik’s first career collegiate touchdown on his lone drive of the game.

After the game, offensive coordinator/quarterbacks coach Brandon Streeter reaffirmed that “D.J. is our starting quarterback, and Cade is going to play.”

Swinney echoed that in his postgame press conference, saying along with Streeter that Uiagalelei has earned the position he still holds atop the depth chart. 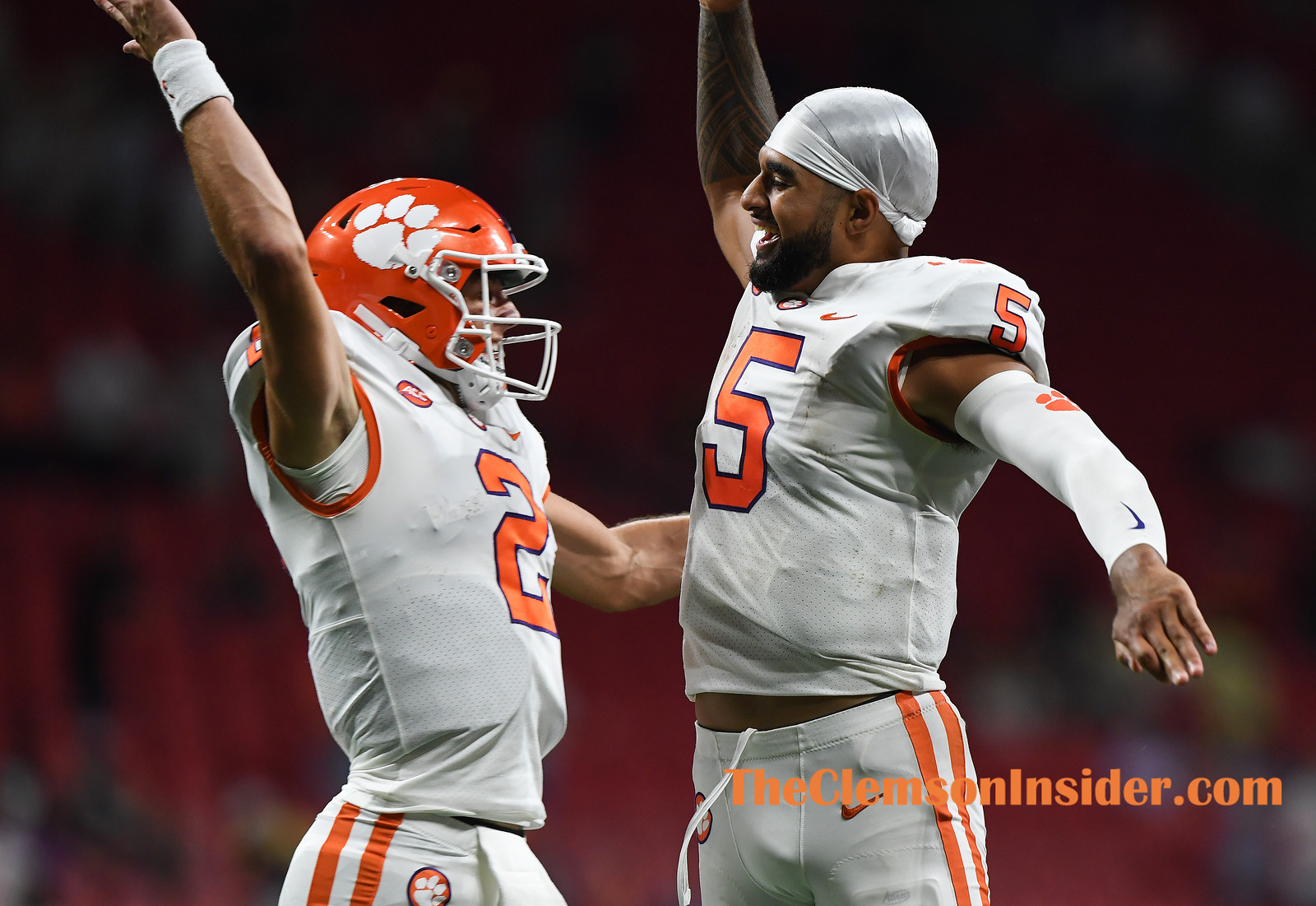 Asked what he thinks the Tigers should do at QB, McElroy weighed in on what he saw from Uiagalelei as well as how Clemson’s offense looked during Klubnik’s limited time on the field.

“At the time, I don’t think it really was a performance that warranted needing to be replaced. I didn’t think he played as poorly as some people have suggested,” McElroy, the former Alabama quarterback, said of Uiagalelei.

“Meanwhile, you can just tell at the end of the game when Cade Klubnik went in the ball game, how the energy changed, how the urgency changed, how his willingness to take shots downfield opened some things up. So, I don’t want to be someone that’s going to be over-reactionary. That’s never really been my M.O.”

With that said, McElroy added if the woes that plagued Uiagalelei and Clemson’s offense at times last season continue to persist as this year’s campaign progresses, then he wouldn’t be the least bit surprised to see Klubnik on the field more often moving forward.

“I would not at all be surprised, if we fast forward a week, two weeks, three weeks, and if DJ is continuing to do some of the things that plagued them at times last year and hasn’t addressed them, then we might start seeing a little bit more Cade Klubnik,” McElroy said. “You can just tell the energy was different when he was in the game at the end, and I think that could be something that they might look into, especially if we keep getting kind of average play from DJ. You’ve got to be spectacular as the quarterback at Clemson.”

Galloway agreed with McElroy about the energy that Klubnik injected into Clemson’s offense during the former five-star prospect’s brief college debut, while adding that Uiagalelei “just didn’t look comfortable” to him.

“I think the only thing you take away from that game was the energy changed,” Galloway said. “Now, I don’t know who was in the game for Georgia Tech. I don’t know if it was the twos, the ones. You know, you always get that at the end of games, you’re not real sure who you’re going against. But the energy definitely changed, and it was kind of strange to be honest with you – I didn’t feel the energy that I expected to feel from the Clemson offense.

“From the beginning of the game all the way until Klubnik came into the game, it felt like everyone wasn’t sure what was going on. The offensive line did not play great, there was a lot of pressure in the backfield, and DJ U just didn’t look comfortable to me. Now, we don’t know if Klubnik plays the whole game, if he starts the game, if he has that same energy. But when he came in that game, things were different. He moved differently, his energy level was different, and it seemed like the offense picked up in a different way when he came into the huddle.”