It’s time for this week’s edition of Friday Night Lights.

The Clemson Insider tracked the weekly individual performances of Clemson’s 20 verbal commitments from the 2023 class. Here are the results from Week 4:

According to Clemson’s five-star quarterback commit, he finished 23-of-29 passing with 277 yards and four total touchdowns (three passing, one rushing). Vizzina also added 78 yards on the ground in a 35-34 loss at Pelham — Clemson coach Dabo Swinney’s alma mater.

Clemson’s four-star cornerback commit out of Alpharetta (Ga.) St. Francis High School recorded nine tackles, and a pass breakup with two receptions for 22 yards in a 35-28 win over Fellowship Christian on Thursday night.

The four-star wide receiver commit out of Rockwall (Texas) recorded four receptions for 41 yards in a 19-11 loss at the hands of Prosper (Texas) High School.

The four-star wide receiver commit of Cambridge (MA.) Buckingham Browne & Nichols School had a bye week, which allowed him to be in attendance for Clemson’s 35-12 win over Furman on Saturday at Memorial Stadium.

The four-star offensive lineman out of Permian (Odessa, TX.) helped his team to a 13-12 victory over Tascoa (Amarillo, TX.) nonconference game on Friday night.

The four-star offensive lineman out of Vandegrift (Austin, TX.) helped his team to a 45-0 win over Midway (Waco, TX.) in a neutral nonconference game on Friday night.

The four-star defensive lineman out of Rome (Georgia) helped his team to a 30-28 win over Pebblebrook (Mableton, Ga.) in a nonconference game Friday night.

The four-star defensive lineman out of Warner Robins (Georgia) and his team fell in a 25-0 loss to Valdosta (Georgia) in a home nonconference game Friday night.

According to the four-star Clemson commit, he recorded three sacks and five tackles (one for loss) in the win.

Woods — a 6-foot-3, 270-pound defensive lineman from Alabama’s Thompson High School — stood out in his team’s 35-14 win over Hoover (Ala.) Spain Park on Friday night.

The four-star defensive end out of Washington (D.C.) St. John’s College High School helped his team to a 42-14 win over Spokane (WA.) Gonzaga Prep on Saturday.

According to the four-star linebacker commit, he recorded double-digit tackles, a pick-six, a rushing touchdown and a fumble recovery in the win.

The four-star cornerback out of Westlake (Atlanta, Ga.) helped his team to a 52-7 win over Decatur (Ga.) Southwest DeKalb in a nonconference game Friday night.

The three-star cornerback out of Stockbridge (Georgia) recorded a 48-yard touchdown reception, one total tackle and a pass defended in his team’s 47-0 win over Luella (Georgia) in a region game Friday night.

According to his head coach, the four-star safety out of Alpharetta (Ga.) Milton High, recorded six tackles, two assists, two pass breakups and, a blocked kick in his team’s 14-7 win over Roswell (Georgia) Friday night.

He also had an interception that was called back due to a penalty.

Webb (wrist) is not cleared to play for three more weeks. According to Webb, he’ll likely return mid-season for Week 5. 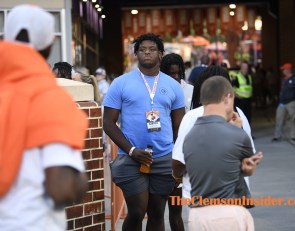 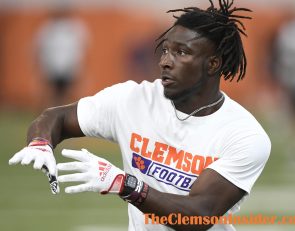