Saturday was a rough day for Clemson, which saw its first loss since 2013 to in-state rival South Carolina — the loss crushing the nation’s longest active home winning streak in the process, which the Tigers held with 40 straight wins in Memorial Stadium. That’s a lot to take in.

For Clemson’s Will Shipley, there were so many emotions following the heartbreaking loss that the sophomore couldn’t put a finger on a singular one.

“There’s so many right now, so many emotions,” Shipley said. “I really gotta think more about it and take the weekend to look back, go watch some film and just develop my emotions, so not right now. Not one that sticks out, but I can just tell you there’s a lot of them. I feel sorry for the fans and the seniors and everybody that relied on myself.”

While the Tigers have a lot to reevaluate ahead of the trip to Charlotte next weekend, one thing is for certain — Clemson will need to respond. The running back is confident that while this team is coming off a disappointing loss, it will only add fuel to the fire against North Carolina for the ACC Championship.

“It’s just fuel to the fire, that’s what we’ve been saying all season,” the Charlotte native said. “Allow it to continue to add more to it and just want to continue to accomplish our goals ahead of us, that’s the biggest thing. You can’t look in the rearview mirror. You’ve got to look forward to the goals ahead and that’s where we’re focused on.”

With the ACC Championship on the line, the Tigers must put Saturday’s loss to the Gamecocks in the rearview, making the improvements needed to come out victorious against Mack Brown and the North Carolina Tar Heels.

“Take a step back and look in the mirror and make adjustments, make corrections,” Shipley said. “There’s got to be a want to. You can’t just go into the next week and harp on this loss. We’ve got huge things ahead of us — ACC Championship and then whatever comes after that, so we really just got to take a look in the mirror and get better from this.” 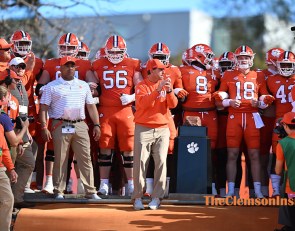 Neff discusses his 'balance' of expectations for Clemson football 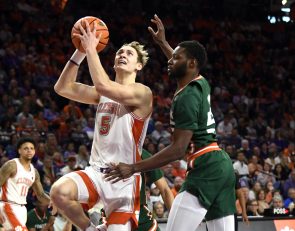 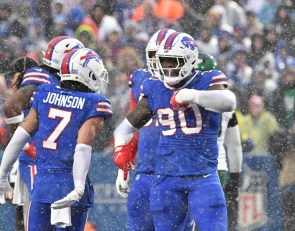