Uiagalelei went 8-of-29 passing for 99 yards and one touchdown with one interception, while also rushing for 51 yards and another score on 12 carries. The junior also punted once for 48 yards.

“I hate to say this, but I think DJ was a better punter (Saturday) than he was a quarterback,” former Miami and Georgia head coach Mark Richt said on ACC Network’s ACC Huddle show Saturday. “I mean, the one time he punted was pretty impressive.

“But you don’t see many stat lines with 8 out of 29 or whatever it is. Usually a guy gets replaced by that time. I talked about it earlier, but Coach Swinney’s loyalty to DJ may be biting him in the rear end right now.”

While the season isn’t over – the Tigers are getting ready to play for an ACC Championship on Saturday and will have a bowl game after that – Richt was asked when Clemson should start thinking about the future and getting Klubnik ready to play.

“After that performance (by Uiagalelei), whether you’re thinking about the future or not, whether you’re replacing him with a senior or freshman, I think you’ve got to give Klubnik a chance to play ball,” Richt said.

Richt was asked if that meant he thought Klubnik should start on Saturday in Charlotte against North Carolina.

“Yeah, I say next week,” he said. “I say start the kid if you believe – again, you gotta believe that he gives us the best chance to win the game, period. DJ, he thought was the guy, but he wasn’t the guy (Saturday). So, how long do you keep saying we think he’s the best guy? I don’t know. I don’t know what’s going on with Cade.”

“If he was tearing it up, this thing would’ve been a moot point at this point,” Richt added.

Swinney, of course, later said Sunday evening that Uiagalelei will get the start in the ACC Championship Game.

During his radio call-in show Monday night, Swinney said he believes Uiagalelei deserves the chance to lead the Tigers to an ACC title against the Tar Heels, but added there’s “no room for error” for Uiagalelei and that Klubnik will “be ready” to go in if his number needs to be called. 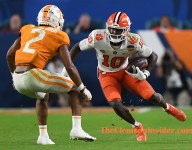 Former Tigers Joseph Ngata and Jordan Mcfadden participated in the East West Shrine Bowl Thursday night. With the game and it’s week of practice now in the books, word on the street is both Tiger’s came (…) 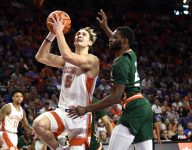 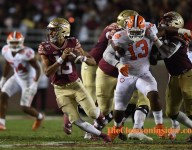 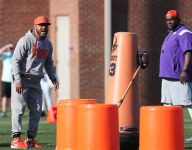