A former Clemson standout in the NFL took to Twitter on Sunday, calling out a former NFL safety.

Of course, despite being underdogs, Reader’s Bengals not only beat the Bills but dominated them, winning 27-10 in Buffalo to earn their second straight AFC title game trip. Reader and the Bengals consistently got after Josh Allen and made it a rough outing for the Bills and their quarterback.

Before the game, Weddle — a five-time All-Pro and Super Bowl champion last season with the Los Angeles Rams, who beat the Bengals in Super Bowl LVI — made this prediction that turned out to be very wrong.

“They (the Bengals) should have lost to the Ravens (the week before),” Weddle said on the “Up & Adams” show with Kay Adams.

“I’m sorry to say, they’ve got zero chance against the Bills. They can’t protect Joe (Burrow). Kay, they can’t protect him. They’re playing without any linemen. How do you expect that team to go in there (and win)?”

Ultimately, the Bengals routed the Bills to set up this Sunday’s AFC Championship Game rematch against the Kansas City Chiefs in Kansas City (6:30 p.m., CBS).

It certainly looks like Reader and the Bengals took Weddle’s comments and turned them into bulletin board as extra motivation against the Bills. After the Bengals won, Reader had this to say via Twitter in response to Weddle’s pregame statement:

Motivation is free but we always appreciate a little extra. #WhoDey https://t.co/BCdGMoI32H 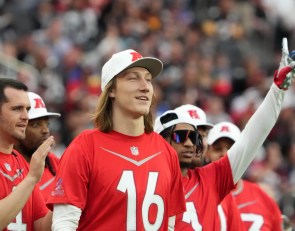