One of Clemson’s top cornerback targets made a swing through Tigertown late last week to check out the school and campus for the first time. While in the area for a 7-on-7 tournament in Atlanta, (…) 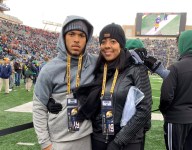 When Clemson sent out its first wave of scholarship offers to rising junior prospects last summer, one of the first cornerbacks to receive an offer from the program was Apopka (Fla.) four-star Nikai Martinez. (…) 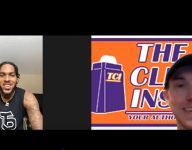 The Clemson Insider sat down for a one-on-one Zoom interview with one of Clemson’s top cornerback targets in the 2022 class, Nikai Martinez, a four-star prospect from Apopka (Fla.) High School. Watch Martinez go (…)

Nikai Martinez is a highly regarded cornerback recruit in the class of 2022 who holds around 20 total scholarship offers. Of late, the four-star prospect from Apopka, Fla., has been communicating most (…)

Text from Tigers ‘meant a lot’ to top cornerback

When Sept. 1 rolled around on Tuesday, college coaches could start actively reaching out to and recruiting junior football prospects in the class of 2022, per NCAA rules. One recruit who has been contacted (…)

One of the first cornerbacks to earn an offer from Clemson when the Tigers began extending offers to rising juniors on June 1 was Nikai Martinez, a talented four-star prospect from Apopka (Fla.) High (…)

Among the double-digit major programs on his offer list, Apopka (Fla.) cornerback Nikai Martinez has been communicating with one of them most frequently. “I’ve been in contact with Clemson the most,” he (…)

Newly offered CB: ‘I love everything about Clemson’

Apopka (Fla.) cornerback Nikai Martinez picked up one of his biggest offers yet on Monday when Clemson pulled the trigger. The talented class of 2022 recruit received the gratifying news of his offer from (…) 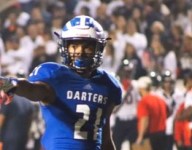 A talented defensive back from the Sunshine State picked up an offer from Clemson on Monday. Apopka (Fla.) 2022 cornerback Nikai Martinez reported the offer via Twitter. Martinez also has power conference (…)