While Sammy Watkins was doing his thing as a true freshman, DeAndre Hopkins was emerging as one of the best sophomores in the country.

The Daniel High School product, who was drafted in the first-round of the NFL Draft by the Houston Texans this past April, improved greatly in Chad Morris’ first season as offensive coordinator in 2011. For one thing, he got stronger and became a little more physical. He also improved in his ability to run routes, and his hands, well his hands have always been good.

In 2011, Hopkins made his hard work pay off when he caught 20 more passes and gained 300 more yards than he did in his freshman season at Clemson. As a sophomore, Hopkins finished second on the team with 72 receptions for 978 yards and five touchdowns.

Which sophomores this season will make the most impact for Clemson? Which ones have taken the next step and have turned the corner as they go from being good players to great players? We have the top five sophomores to watch out for this fall. 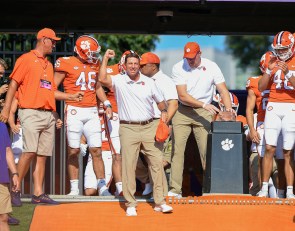 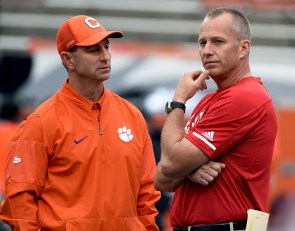