When he woke up last Sunday morning, Clemson running back Tyshon Dye was feeling sore. His legs felt like weights and his body was bruised. But all the redshirt freshman could do was smile.

“I missed the feeling of getting up and feeling sore in the morning. It has been a while since I woke up feeling this feeling,” Dye said.

It’s been two years since Dye felt the soreness of playing in a football game. He has spent most of his first two years at Clemson on the sideline watching other guys get the football while he recovered from a back injury and then a torn Achilles.

“He is getting better,” offensive coordinator Chad Morris said. “He is playing himself into shape and he is feeling it.”

“It’s taken us a good three weeks first of all to get him in football shape, and also just to get him confident in what he needs to do,” Clemson head coach Dabo Swinney said.

Dye was definitely feeling it the Tigers’ win over Georgia State last Saturday. The Elberton, Ga., native rushed for 124 yards on 20 carries and scored his first two career touchdowns. The 124 yards were a season high for a Clemson running back.

“That first or second drive I was in, I was feeling real good. I didn’t feel like I was even tired,” Dye said. “It was nothing but adrenaline. But as I kept going in on drives, it started to creep in a little bit.”

But the soreness did not creep in too much as Dye delivered runs of 9, 14 and 18 yards in the fourth quarter after getting 6,7 and 8 yards a carry in the first quarter.

“I have to thank the offensive line a lot. The majority of it was their work and I was just finding the open holes and creases,” he said.

With Dye showing he can carry a heavy load, Morris moved the 5-11, 230-pound running back up the depth chart to second-team status behind fellow freshman Wayne Gallman. Morris likes the idea of the possible one-two punch they might have at running back when they host rival South Carolina this Saturday in Death Valley.

“He has been able to see the field. As a running back, it is as much feel of the game and how it goes and the speed of the game as it is anything,” Morris said.

Clemson (8-3) first brought Dye back in the fourth quarter against Wake Forest when he carried the ball four times for 14 yards. Then last week, Swinney approached running backs coach Tony Elliott and told him to get the freshman ready because he wanted to run him early and often to see what he could and could not handle against Georgia State.

“I just felt like after watching him for three weeks okay, hey, we’re ready to challenge this guy, and let’s just force it,” Swinney said. “So I told Tony, he’s going in in the first quarter, and we’ll just feed him and respond from there. I didn’t really know what to expect. I didn’t know if he’d go out there and completely be gassed or not have the right tracks, have a bunch of missed assignments. I didn’t really know.

“But as he played, he got better and better, and you can see his confidence growing.”

With Dye playing with so much confidence, can he be a factor against a South Carolina defense that is giving up 213.4 rushing yards a game?

“That’s what we were all hoping,” Swinney said. “We were hoping by the end of the year that Tyshon could be some type of factor. I didn’t know when he would play, but I knew he would play. So we’re encouraged by what we saw.

“Obviously, he is going against a whole different animal this week. But we’ve gained more confidence in him in being able to go out and play.” 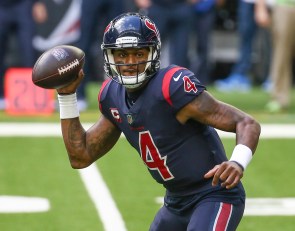