One of nation's top DTs commits to Clemson

One of nation's top DTs commits to Clemson

The national champs picked up another huge commitment Sunday morning when Josh Belk committed to the Tigers. The four-star defensive tackle from Lewisville High in Richburg, S.C. announced the news on Twitter after attending Clemson’s elite junior day on Saturday.

“The decision to commit to a college has not been something that I have taken lightly,” Belk wrote. “After much time and prayful debate with my family, I am excited to announce that Clemson University is where I will seek to expand my education.”

The 6-foot-3, 300-pounder is a consensus top-10 prospect in South Carolina. He is rated as high as the No. 2 defensive tackle nationally and No. 22 overall prospect by 247Sports.

Belk becomes the fifth member of Clemson’s 2018 recruiting class, and he is the Tigers’ second commitment in as many days after Rock Hill (S.C.) South Pointe four-star wide receiver Derion Kendrick pledged on Saturday night. 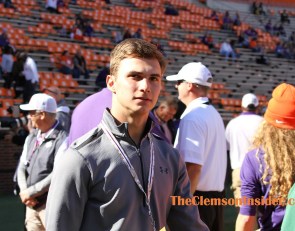 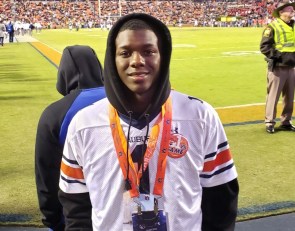