Tour of Champions: Charleston couldn't wait to be a Tiger

Tour of Champions: Charleston couldn't wait to be a Tiger

Four-star safety Joseph Charleston had collected a slew of major offers since the spring and quickly become a coveted prospect in the 2019 class.

With more than a year left before he could sign, the Alpharetta (Ga.) Milton prospect could have prolonged his recruiting process and continued to be courted by big-time schools before moving toward a decision.

But after visiting Clemson three times in the first six weeks of this season, Charleston couldn’t wait to make a decision. He knew he wanted to become a Tiger, and in early October, he committed to Clemson over offers from Alabama, Georgia, Ohio State and many others.

The Clemson Insider visited Charleston on Friday night as part of our Tour of Champions series and caught up with Clemson’s newest commit after.

“I love the coaches, and I love what Clemson’s about,” Charleston said.  “They know how to win. I love coach Venables, coach Conn and coach Swinney.”

Conn was the first person Charleston called after making up his mind on Oct. 9. That day just so happened to be Conn’s birthday, and Charleston’s commitment was the best present he could have asked for.

“I had no clue,” Charleston said when asked if he knew it was Conn’s birthday. “I called him, and when I told him, he was like, ‘That just made my day. I never told you, but it’s my birthday,’ and I was like, wow.”

Conn and the Tigers made Charleston a priority after extending an offer to him in June. They sealed the deal after getting him on campus for the Kent State, Auburn and Wake Forest games this season.

Charleston was able to spend a lot of time in Clemson’s new facility during the visits, and it only added to the program’s appeal.

“It’s the best facility I’ve ever seen in my life. Ever,” Charleston said.

Though Charleston has shut down his recruitment, he isn’t done with recruiting completely. As the first member of Clemson’s 2019 class, he is working to help the Tigers build another special group of talent.

Charleston named Loganville (Ga.) Grayson five-star linebacker Owen Pappoe and Hogansville (Ga.) Callaway four-star offensive guard Keiondre Jones as a couple of the players he wants to see join him in the class.

“I’ve definitely been trying to get some players,” he said.

Charleston, who is ranked as a top-10 safety and top-100 overall prospect, plans to return to Clemson for the Florida State game on Nov. 11.

Through nine games as a junior, Charleston has recorded 47 tackles, an interception, a forced fumble and a fumble recovery. He has also scored a touchdown on offense. 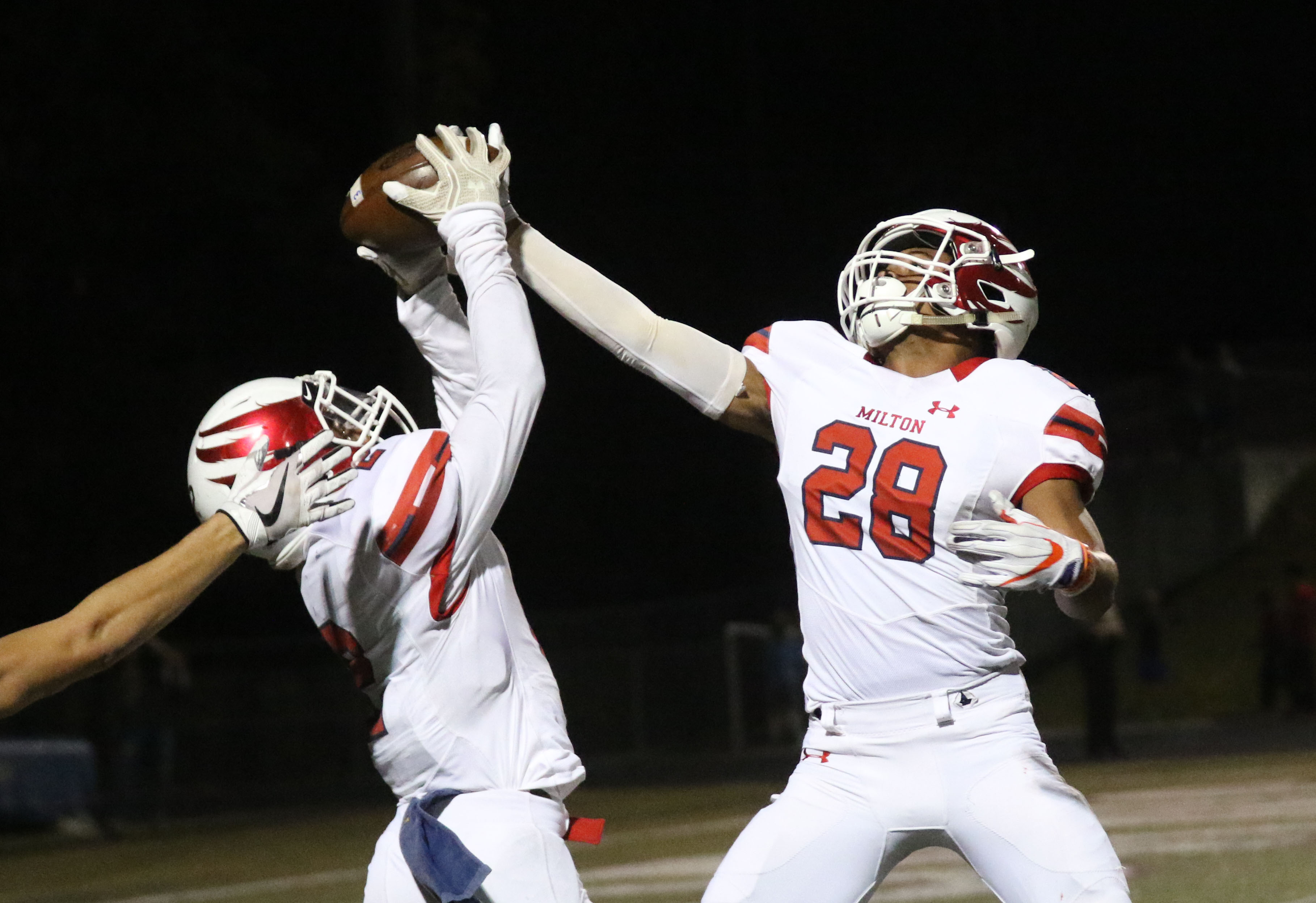 Charleston breaks up a pass during Milton’s win over Lambert on Oct. 27