Looking Ahead is a feature The Clemson Insider releases from time to time to take a look at where the Tigers stand with targets in the 2019 class.

In this article, we look at some of Clemson’s safety prospects:

Charleston (pictured above) became the first commitment in Clemson’s 2019 class when he pledged in October. The top-10 safety and top-150 overall prospect chose the Tigers over offers from Alabama, Georgia, Ohio State, Tennessee and Virginia Tech among others.

Charleston’s stock as a prospect took off in the spring following a strong camp showing. Clemson offered him over the summer and subsequently made a push for his services, gaining traction in his recruitment while getting him on campus for the Kent State and Auburn games in September. He returned for the Wake Forest game with his parents a month later, and the Tigers sealed the deal during the visit before landing his commitment the following week.

In 12 games as a junior this season, Charleston (6-2, 190) recorded 67 tackles, two tackles for loss, two interceptions, a pass deflection, a forced fumble and a fumble recovery.

Like Charleston, Catalon is considered one of the top safety prospects for 2019. Clemson extended an offer in March, while Ohio State, Oklahoma, Stanford, TCU, Texas and Arkansas are some of the other schools involved.

Catalon (5-10, 180) visited Clemson for the first time over the summer and left impressed. He made trips to Ohio State, Oklahoma, SMU and TCU this season. Clemson and Oklahoma are seen as two of the top contenders at this stage of his recruitment.

Catalon earned Defensive Player of the Year honors in his classification as a sophomore last season. This season, he has accounted for 92 tackles, four interceptions and four fumble recoveries from his safety position heading into his team’s 5A state title game Saturday. He serves as his team’s starting quarterback, as well, and has thrown for 1,068 yards and 14 touchdowns in 14 games. He has racked up an additional 960 yards and 12 touchdowns on the ground. 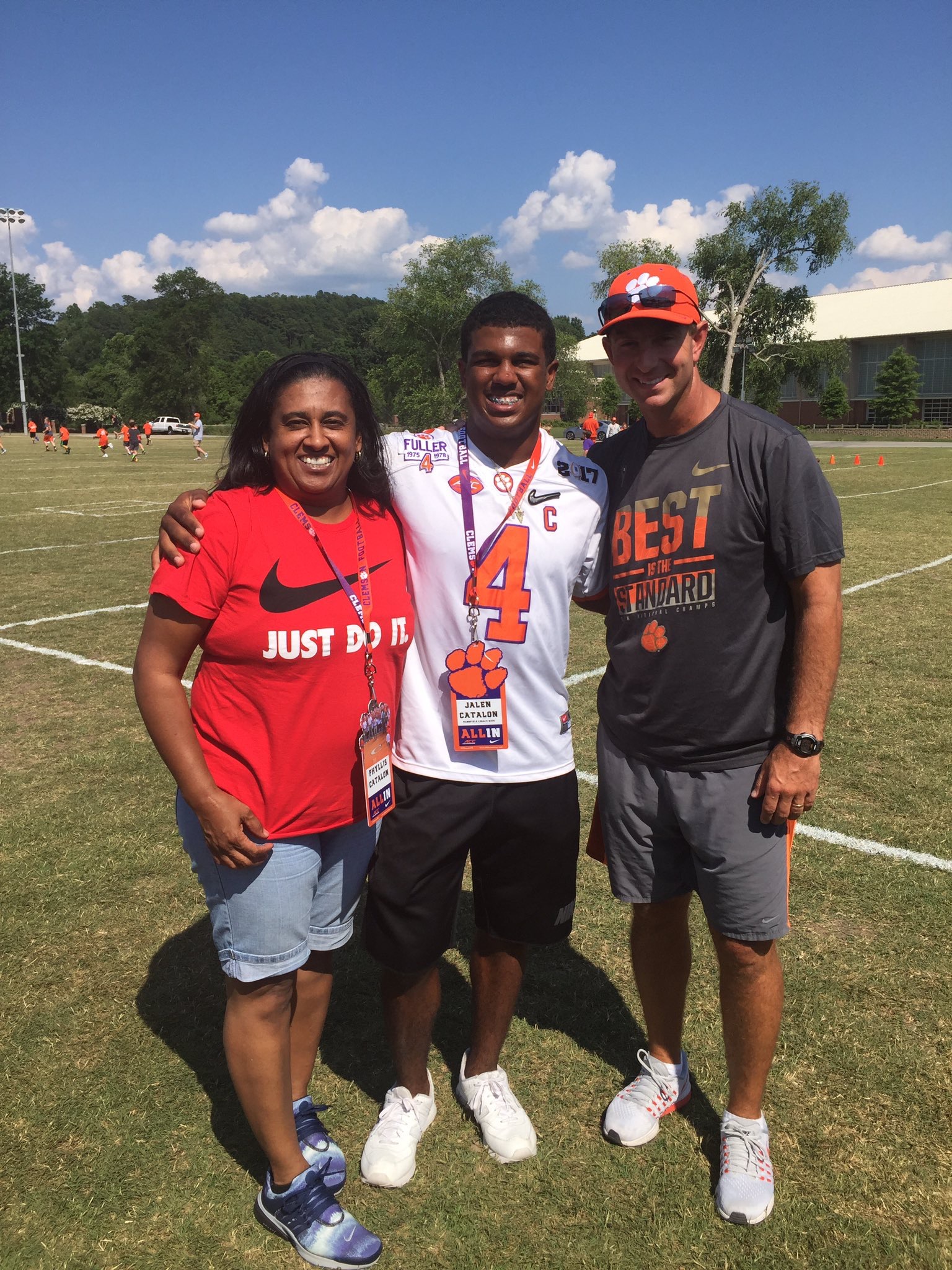 Ajavon trimmed his list of well over a dozen offers down to seven early this month when he named Clemson, Georgia, Michigan, Notre Dame, Penn State, Virginia Tech and Wisconsin his top schools.

Ajavon (6-0, 185) attended Clemson’s junior day in March before receiving an offer from the Tigers in April. He returned to Clemson for The Citadel game in November.

Ajavon also visited Notre Dame and Michigan in the fall. The Irish have made him a priority early. 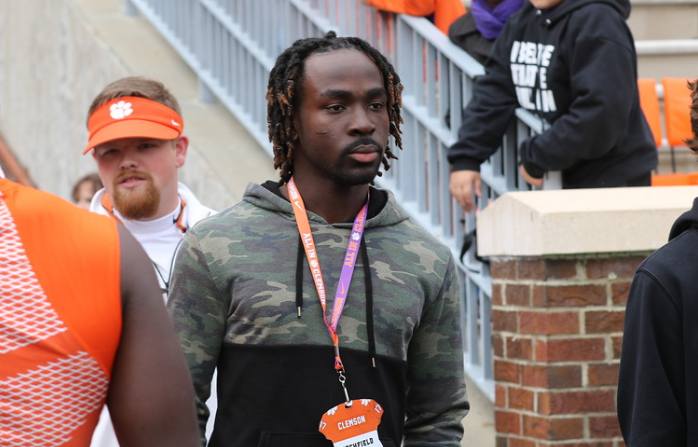 Ajavon in Death Valley before Clemson’s game against The Citadel on Nov. 18

Kelly, who we detailed in our look ahead at Clemson’s cornerback recruiting, has visited the school several times since receiving a offer from Clemson over the summer. He is viewed by the Tigers as hybrid defensive back capable of playing safety and nickel as well.

Harris received Clemson’s most recent offer this week, while Hellams picked up an offer from Clemson in the spring.