GREENVILLE, S.C. — Clemson defeated Furman 10-5 Tuesday night at Fluor Field. Seth Beer went 3-for-3 with five RBIs and Sam Weatherly pitched 4.1 strong innings and got his first hit and RBI for the Tigers.

Weatherly got the start on the mound and as the DH. He went 4.1 innings and only gave up three hits, two runs and two earned runs. 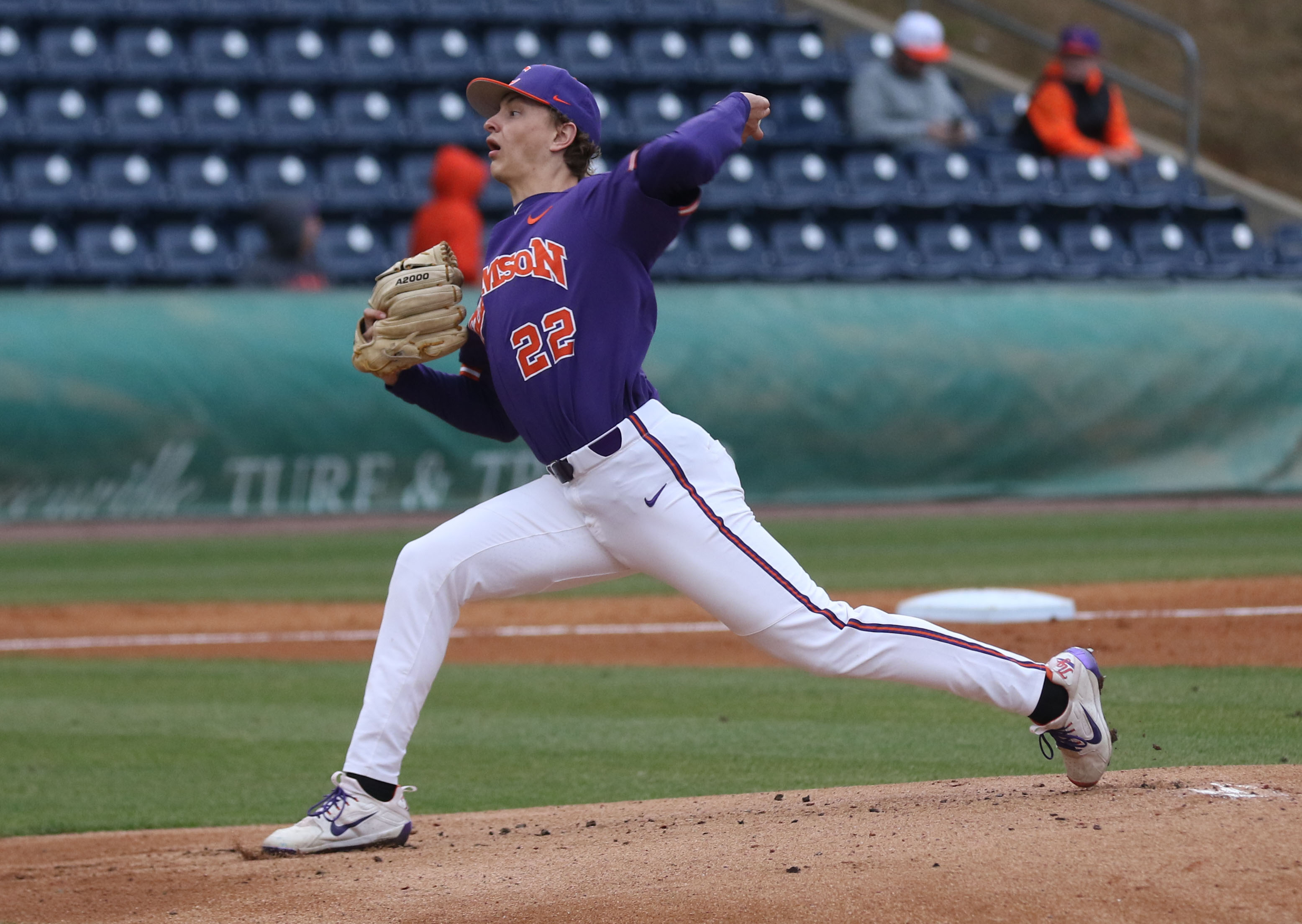 The Tigers took the lead in the second inning. Robert Jolly doubled to start the inning. Drew Wharton flied out to right advancing Jolly to third. Patrick Cromwell singled to score Jolly. After the top of the second Clemson led 1-0.

Clemson added to their lead in the fourth. With two outs Cromwell walked and advanced to second on a wild pitch. After Adam Renwick walked Weatherly hit a single to left to score Cromwell. It was Weatherly’s first hit and RBI as a Tiger. Davidson walked to load the bases. Greene reached on an error by the third baseman scoring Renwick. Beer then hit a grand slam to right center. After four the Tigers led 8-0.

Furman got on the board with three runs in the fifth.

In the sixth inning Furman plated two more, but left the bases loaded. Travis Marr came in with the bases loaded and no outs and held the Paladins in check. After six the Tigers’ lead was cut to 8-5.

The Tigers added some insurance in the seventh. Beer reached on a leadoff walk. Chris Williams crushed a 396-foot home run to right center to make it 10-5.

Clemson moved to 19-6 on the season with the win. The Tigers host Boston College for a series that begins Thursday night at 6:30 p.m.