Clemson four-star quarterback commitment Taisun Phommachanh is counting down the days until his senior season begins.

The elite dual-threat prospect from Avon (Conn.) Old Farms will open the 2018 season at Trinity-Pawling School in Pawling, N.Y., on Saturday, Sept. 22.

“Really excited,” Phommachanh told The Clemson Insider. “It will be my last chance to play high school football, so I’m gonna give it my all.”

Phommachanh is coming off a stellar junior season in which he passed for 2,402 yards and 26 touchdowns against just one interception while leading Avon Old Farms to the New England Class A title game. For his career, the 6-foot-3, 195-pound standout has thrown for 7,257 yards and 76 scores.

Heading into his final high school football campaign, Phommachanh is not concerned with individual statistics. Rather, he is focused on helping his team win a championship.

“Nah not really,” Phommachanh said when asked if he has any personal goals for his senior season. “I just personally would like to win that New England prep school championship.”

Phommachanh committed to Clemson in April over offers from two dozen other college programs including Florida, Florida State, LSU, Michigan and Penn State. He is ranked among the country’s top five dual-threat quarterbacks by multiple major recruiting services.

All In with the Tigers, Phommachanh is working to help his future school recruit another blue-chip prospect in Oxford (Ala.) five-star offensive lineman Clay Webb.

“I’m trying to get Clay on board,” Phommachanh said.

Webb (6-3, 295), the nation’s top-ranked center, is heavily considering Clemson as well as Alabama, Auburn and Georgia. He visited Clemson twice this summer for the Dabo Swinney Camp in June and the All In Cookout in July.

Asked what his sales pitch for Clemson to Webb is, Phommachanh said he doesn’t have to say much.

“The school speaks for itself,” Phommachanh said. “I think it’s just him being comfortable with the coaches.”

One of Clemson’s prized commits in the 2019 class, Phommachanh is excited about the way the class is shaping up. The 23-member class is currently ranked in the top five nationally by all of the major recruiting services.

“It’s looking real good,” he said. “We’ve got a lot of great players coming in.”

The 2019 class looks poised to help Clemson continue competing for championships in the years to come.

As for this year, Phommachanh believes another special season is in store for the Tigers.

“I think championship,” he said when asked for his prediction for Clemson in 2018. “Best is the Standard.”

Phommachanh is the No. 3 dual-threat quarterback and No. 166 overall prospect in the 2019 recruiting class according to the 247Sports Composite rankings. He transferred to Avon Old Farms from Harding High School in Bridgeport, Conn., following his sophomore season. 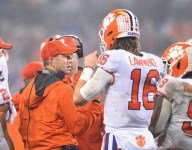 Dabo Swinney is not worrying himself at the moment on when his star quarterback will be able to return to action. Instead, Clemson’s head coach is focused on Boston College at the moment, who the (…) 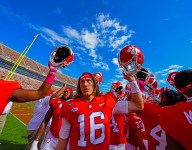 Clemson Athletics completed 1,343 COVID-19 PCR tests on student-athletes and staff from Oct. 23 to Oct. 29. A total of four individuals tested positive, including three student-athletes, or 0.3% (…) 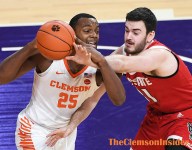 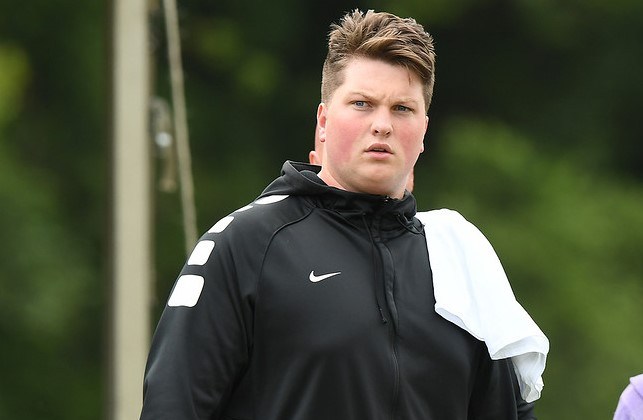 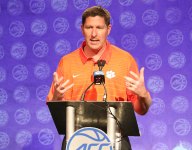 GREENSBORO, N.C. — The Atlantic Coast Conference today announced its plans for the annual ACC Operation Basketball and ACC Women’s Basketball Tipoff events. The virtual events will be televised live by (…) 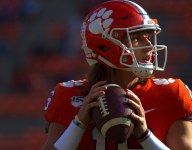 In one evening, things changed dramatically. As everyone in the world knows by now, Clemson quarterback Trevor Lawrence tested positive for COVID-19 on Thursday and will miss Saturday’s game against Boston (…) 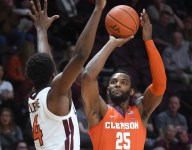 Clemson University men’s basketball will host former ACC foe Maryland in the 2020 ACC/Big Ten Challenge. It will be played on Wednesday, Dec. 9 with the time and network designation to be (…) 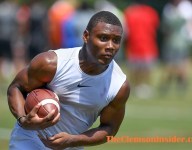 Earlier this week, Clemson extended an offer to Keith Adams, Jr., the son of former Tiger great Keith Adams. The Clemson Insider caught up with Adams, Jr., a talented class of 2022 running back from Cherokee (…) 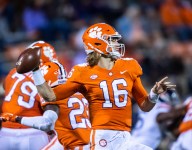 What we are hearing on the Trevor Lawrence COVID situation

After learning Clemson quarterback Trevor Lawrence has tested positive for COVID-19, The Clemson Insider spoke with a number of sources Thursday night to gather more information on the Heisman Trophy (…)

Clemson head coach Dabo Swinney provided the following update this evening on quarterback Trevor Lawrence: “Trevor has authorized us this evening to announce that he has tested positive for COVID-19 and (…)