After being invited to and attending Clemson’s spring game back in April, Class of 2020 offensive lineman Logan Self returned to campus last Saturday. The Trussville (Ala.) Hewitt-Trussville standout was among the prospects in attendance for the Tigers’ win vs. Syracuse at Death Valley.

The top-ranked offensive guard in the state of Alabama for his class, Self spoke highly of his second experience at Clemson.

“It was awesome,” he said. “Clemson always just seems to take care of their recruits like nobody else. You always seem welcome, and it’s hard to go unnoticed by the coaches. I really love the environment.”

One part of the visit that particularly impressed Self was hearing Dabo Swinney’s postgame speech to his team following its come-from-behind, 27-23 victory over the Orange that saw running back Travis Etienne score the game-winning touchdown with under a minute remaining.

“Just hearing all the positive things coach had to say after the game,” Self said. “Because most people would assume that the coaches would be upset because they didn’t destroy Syracuse, but really it was an awesome team win after a lot of struggles throughout the week.”

Self (6-3, 275) also had some time during the visit to catch up with Clemson offensive line coach Robbie Caldwell.

“We just had a good conversation about our game last week and some other small talk,” Self said. “Unfortunately coach Bates was with a player on an OV (official visit) so I wasn’t able to have much contact with him but still got to say what’s up.”

Self, though, has been hearing regularly from Bates since college coaches could start reaching out to junior recruits last month. Bates serves as his area recruiter.

“I’ve been texting with Coach Bates a good bit since the beginning of September,” he said. 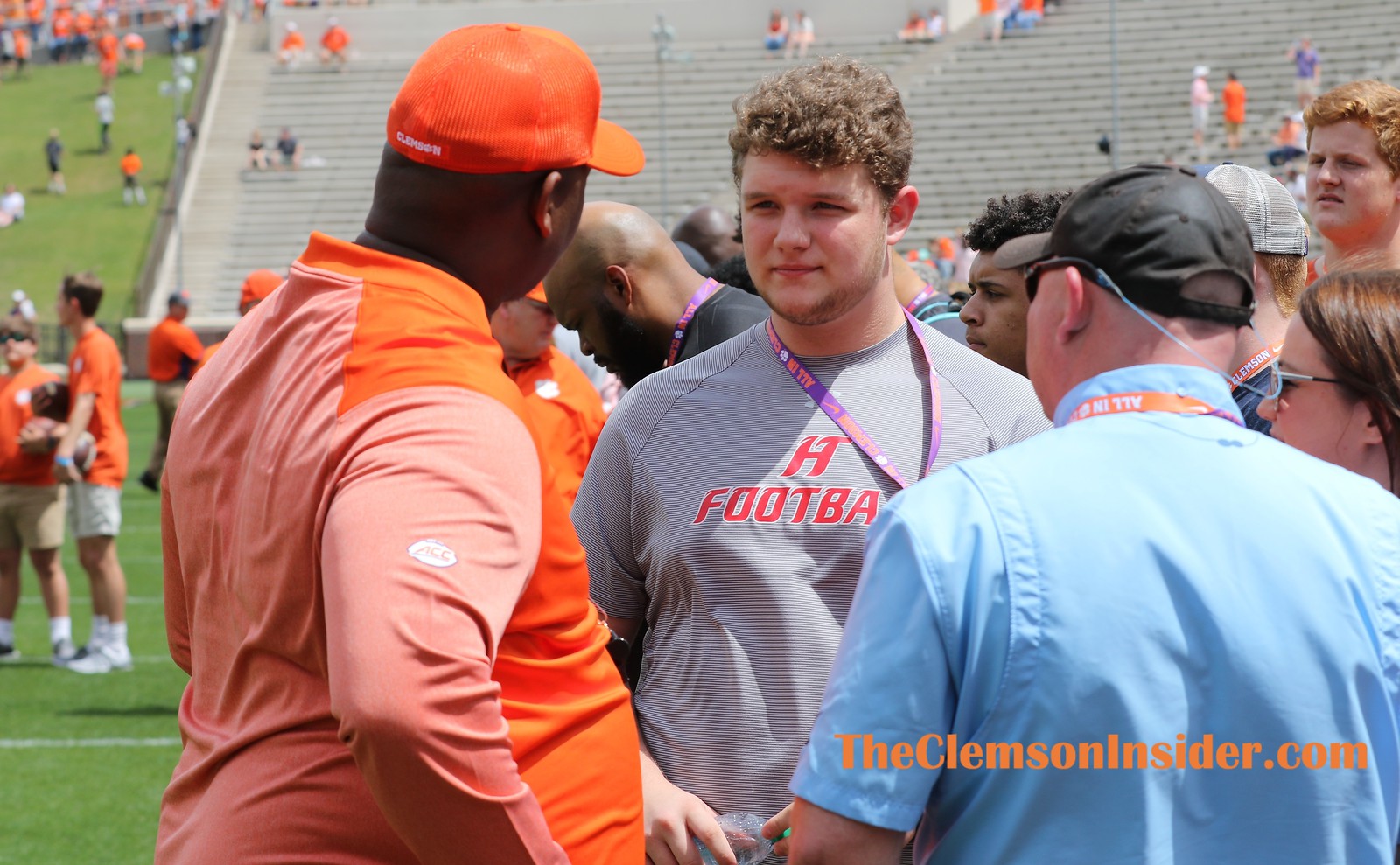 Self received his first offer in April from Jacksonville State, where Bates was the defensive line coach from 2014-16. UAB gave Self his second offer in late September.

Along with Clemson, several schools are showing interest in the Yellowhammer State prospect.

“I’ve been texting with coaches from Mississippi State, LSU, UAB, Louisville, Northwestern and Tulane,” he said.

Self was named to the 2017 All-Trussville Tribune team following his sophomore season. He is ranked by 247Sports as the No. 1 offensive guard in Alabama and No. 28 guard nationally for the 2020 class.