Last fall, Clemson University decided to pull out of the Academic Common Market for undergraduates, a decision that has put a strain on recruiting for Olympic sports such as baseball.

The program helped athletic teams like the baseball team recruit out-of-state student athletes. According to an article in The Greenville News last March, Clemson had 15 student-athletes benefit from the program between 2015 and 2018.

Annual tuition at Clemson cost over $37,000 for an out-of-state student, compared to just a little more than $15,000 for an in-state resident. The Academic Common Market allowed Clemson students from other states—on both the athletic and academic side—a more affordable alternative to attend and/or play sports at Clemson if they were majoring in a field that is not available to them in their home state.

This was a tool the Clemson baseball team needed to stay competitive with other schools in the ACC and the SEC on the recruiting trail. The NCAA only allows 11.7 scholarships to be used for a baseball roster that has 35 players during the regular season and 27 during the post-season.

Schools like Vanderbilt and Virginia, who have combined to win three national titles in the last six years, use large endowments to help fund scholarships, allowing them a competitive advantage over most schools. The Academic Common Market was helping schools like Clemson close that financial gap between it and the Vanderbilts and Virginias of the world.

“That is where the Academic Common Market was a good tool to have in the toolbox,” Clemson athletic director Dan Radakovich told The Clemson Insider.

And that’s one reason why Clemson President James Clements asked his new chief financial officer, Tony Wagner, to take another look at the Academic Common Market and see if Clemson can make it work again.

“We have begun to reengage conversations about the Academic Common Market. It’s value, not only to athletics, but to the remainder of the institution,” Radakovich said. “Are there things that can be operationally changed in the application process for that benefit that would be good for everybody, and it would allow this to hit its goals, its initial goals, which were to attract high-level students from out of state to help increase diversity within the institution and to assist athletics for the partial scholarships that are there.” 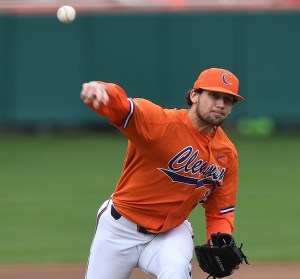 Radakovich says the school is hopeful that sometime this fall, it will have a better idea on where they need to go with the program. The Academic Common Market is still being offered to graduate students at Clemson.

“There are new people that have come in and whenever there are new people there is a different look that can kind of come forward,” Clemson’s athletic director said. “The president has requested that Tony take a look at it. To see and understand what may have not been up to standard, previously, and how we can move forward possibly in the future with this program reengaged.”

In the meantime, Clemson’s baseball program will still recruit at the highest level, but they will have to target student-athletes that might qualify for other scholarship programs at Clemson, such as minority scholarships, the Palmetto Fellows and the Life Scholarship.

“That kind of depends on the individual and their academic background,” Radakovich said. “That is kind of where we are focusing our efforts now.”

Of course, Clemson head coach Monte Lee and his staff will not use the Academic Common Market as an excuse. They will continue to try and build their program and recruit the best players they can that fit Clemson.

“We just have to make sure that the other parts of the program—the athletic training, the strength and conditioning, all of those other pieces that go into putting a product onto the field—our positive and are moving ahead. Certainly, this is another thing that can help us get quality student-athletes in here. Logan Davidson did not use the Academic Common Market. He was a 4.0 student, who came in and graduated as the ACC Academic Player of the Year in the sport of baseball. So, they are out there.”

Of course, Davidson was a legacy student-athlete, too.

“That always helps,” Radakovich said with a smile.