Clemson used an 11-0 run between the end of the first half and the start of the second, as the Tigers crushed Presbyterian College, 79-45, Thursday at Littlejohn Coliseum in Clemson.

The Tigers blew out PC despite the fact junior Aamir Simms did not score in 16 minutes of play. The forward was 0-4 from the field. He did finish the night with a game-high 8 rebounds.

Clemson was led by John Newman’s 16 points, 5 rebounds and 3 assists. The Tigers also 14 points from transfer Tevin Mack. Both shot 6-9 from the field with Newman 3-5 from behind the arc and Mack 2-3.

The Tigers also got 13 points from Chase Hunter and 13 points from Curran Scott. In all, Clemson shot 46 percent from the field and was 14-34 (41 percent) from three-point range.

Clemson closed out the first half with an 8-0 run to gain control of the game. Scott drained a three from the corner and then Newman got a basket-and-one before ending the first 20 minutes with a breakaway dunk with one second to go.

Newman scored 13 of his 16 points in the opening half. Clemson, who struggle shooting the ball in the second half in a loss to Virginia Tech on Tuesday, bounced back by shooting 48 percent from the field in the first half, including 8 of 17 from long range.

Clemson will play Colgate on Sunday at Littlejohn. Tip is set for 3 p.m. 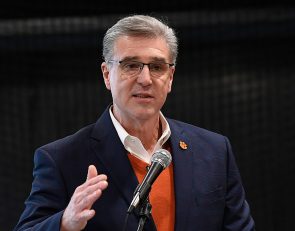 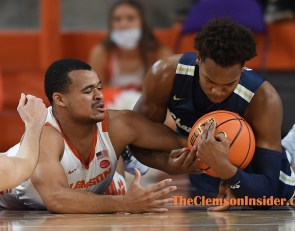