All signs point to Jeff Scott to South Florida

All signs point to Jeff Scott to South Florida

Clemson co-offensive coordinator Jeff Scott has had to make a difficult decision over the last few days.

In talking with multiple sources, The Clemson Insider has learned Jeff Scott to South Florida is likely to happen. We have been told that both parties would like this to be resolved quickly.

TCI’s sources are telling us that Scott has been in conversation with South Florida Athletic Director Michael Kelly, who is very familiar to Clemson after working as an administrator at Wake Forest, the ACC and the College Football Playoff.

A week ago, a source told us that Scott was a leading candidate for the South Florida job. Things have progressed quickly in the last few days.

One source has told us Dabo Swinney told his Clemson team Sunday that Scott is headed to South Florida. There has been no official word from Clemson or South Florida. Keep in mind nothing is official until background checks are complete, board approval and agreement to contract terms from both parties.

If Scott does leave to be the new head coach at South Florida, he likely will take his father, Brad Scott, with him, according to one source. Brad is a 1979 graduate of South Florida and is from the central Florida town of Arcadia. Brad will likely serve as Jeff’s right hand man in an associate AD’s capacity, similar to who Woody McCorvey is for Swinney.

Of course, Brad spent many years at Florida State as Bobby Bowden’s assistant coach and he has played a big role in a lot of the big-time players from Florida who have come to Clemson, such as former wide receiver Sammy Watkins.

We have heard former Clemson staffers Justin Stepp and Tyler Carlton could possibly go along with Scott as part of his staff. Stepp is a close friend of Scott’s and recently served as the wide receivers coach for Chad Morris at Arkansas. Stepp also worked at SMU under Morris and before that was the wide receivers coach at App. State. He worked as an offensive analyst for Swinney when the Tigers won the 2011 ACC Championship.

If Scott does indeed leave for South Florida, Swinney already has a plan in place from what we have heard. Brandon Streeter will likely move up to co-offensive coordinator and Kyle Richardson will move into Jeff Scott’s place, likely, as the wide receivers coach.

Scott will likely stay on through the postseason and coach Clemson in the College Football Playoff. 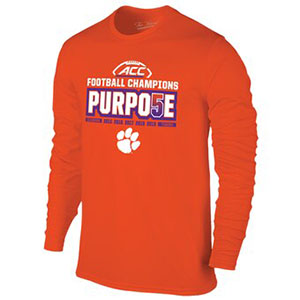 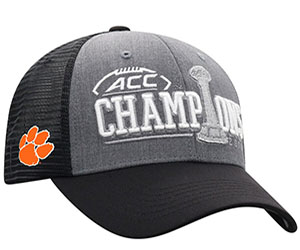