Clemson officially picked up a new addition to its 2020 signing class on the first day of the early signing period.

Highland Springs (Va.) four-star defensive back Malcolm Greene has signed with the Tigers, according to the Clemson Football Twitter account.

Greene (5-10, 180) had previously been committed to LSU since October. 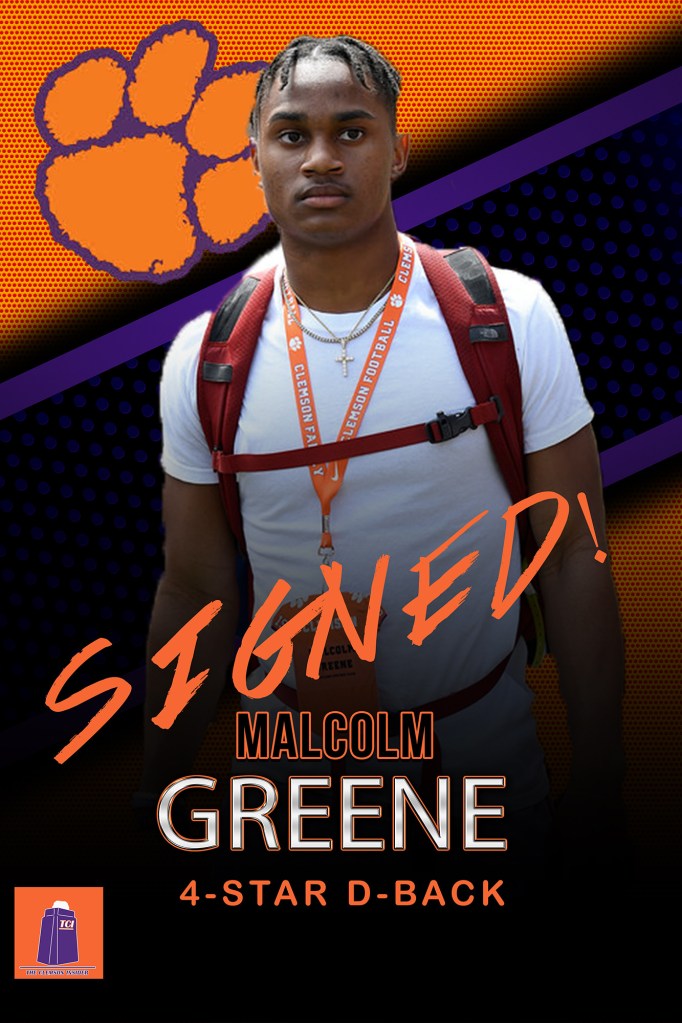 In addition to the ACC and SEC Tigers, Greene (5-10, 180) held offers from Alabama, Florida, Michigan, Notre Dame, Penn State and Stanford among numerous other schools.

The Tigers recently ratcheted up their pursuit of Greene, who received an offer from Clemson in August 2018, and he took an official visit to the school last weekend.

Green is capable of playing multiple positions in the secondary.