Clemson five-star linebacker signee Trenton Simpson put an exclamation point on his prep career with a standout performance in the Under Armour All-America Game on Thursday night at Camping World Stadium in Orlando, Florida.

Simpson — a midyear enrollee set to report to campus this weekend — showcased his rangy athleticism and high motor while producing a team-high six tackles including a sack of Oregon quarterback signee Robby Ashford.

“I felt pretty strong about it,” Simpson said of his performance in an interview with The Clemson Insider after the game. “I came into the game knowing what I had to take care of, and I just went out there and just performed and just tried to play my best ball. I mean, just tried to show people I can run sideline to sideline, play with a lot of effort. That’s how I got most of my tackles tonight, just by playing with effort and getting to the ball nonstop. So, that’s just the type of player I am and that’s what I’m bringing to Clemson.”

Simpson, ranked as high as the No. 13 overall prospect in the 2020 class by 247Sports, was motivated to put his best foot forward in his final game before Clemson after his Mallard Creek High School (Charlotte, N.C.) squad lost in the second round of the Class 4AA playoffs in late November. 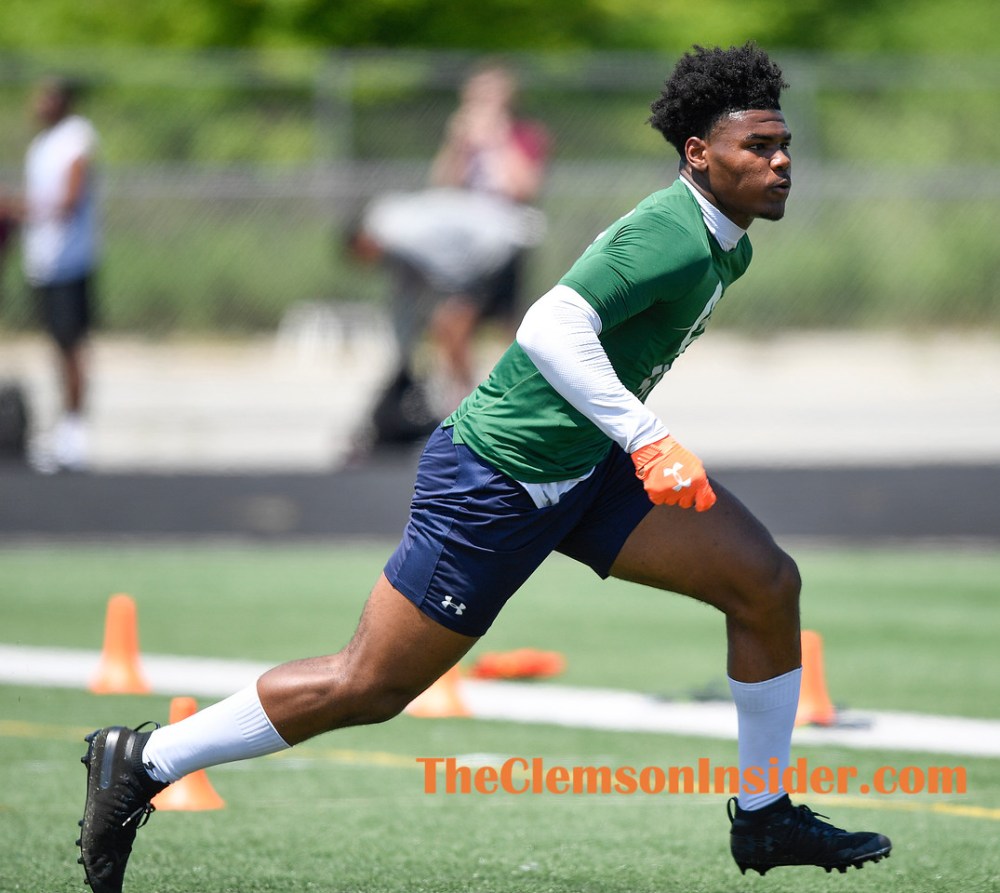 After Simpson committed to the Tigers on Dec. 14, he was given encouragement from defensive coordinator and linebackers coach Brent Venables.

“Coach Venables told me just keep working, don’t take any days off,” Simpson said. “We talked after I committed and all that. He knew how my senior season ended and he said just keep working out every day and keep that loss in the back of your brain and make sure you’re making all those plays and just giving effort and getting to the ball every play. So, all that work I put in after my senior season, it just showed (Thursday night), I guess.”

“It was very cool,” Simpson said of playing in the contest with some future teammates. “I got a chance to meet the linebacker I’m coming in with, Sergio. Demonte, Walker, all those guys, we were talking and just bonding with each other, and it’s amazing how we’re all about to be on the same team on Sunday technically because we all move in. So, the way things came together and just knowing that I’m coming in with a lot of top guys with high-caliber profiles and really good football players, it’s a great feeling.”

Simpson is ready to move in at Clemson on Sunday and begin the next chapter of his life and football career.

“I’m very excited,” he said. “This is something new, time to leave momma’s house and start getting on my own feet by myself and taking care of my own business and doing the right things. I know my parents raised me right for this, so I know I’m going to do just fine.”

Simpson sees a bright future ahead for the Clemson football program with the impending arrival of its 2020 class, which has a chance to finish this cycle as the school’s first ever No. 1-ranked class.

Simpson believes Clemson fans will embrace his style of play on the field as well as his character off it.

“They’ll be getting a great person and a player,” he said. “But just know when I get on that field, I’m going to be relentless, play fast, physical football, and I’ll be a fan favorite soon because I know I’m going to have fun out there and do the right things in the community.”

In case you’re not familiar with just how much the Clemson-South Carolina rivalry means to both sides, the Tigers’ coaches and players provided some context this week. “You might be in the store and not (…)