Clemson has landed another big commitment for its 2021 recruiting class.

Brentwood (Tenn.) Ravenwood four-star tight end Jake Briningstool announced his commitment to the Tigers on Sunday. He was on campus for their elite junior day Saturday.

Briningstool is the only tight end in the 2021 class with an offer from Clemson. He also held offers from Alabama, Florida, LSU, Ohio State, Georgia, Michigan, Michigan State, Penn State and Texas A&M among others. 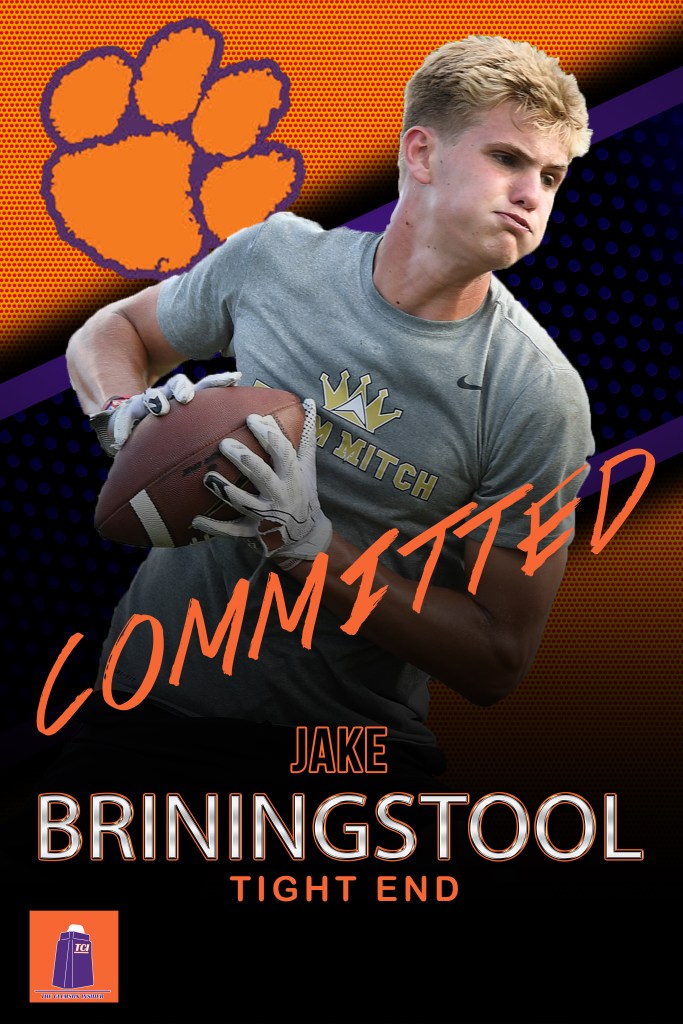 The 6-foot-6, 215-pound junior picked up his offer from Clemson at the Dabo Swinney Camp last summer and returned to campus for the Texas A&M game last September. Prior to attending Saturday’s elite junior day, he also visited Clemson in December to watch a practice.

Briningstool told The Clemson Insider that Swinney and his staff – and their faith – was part of the reason why playing for the Tigers highly appealed to him.

“I love Coach Swinney,” he said. “He’s a great man and a great coach. Jesus is a big part of the program and I really like that. My relationship with the staff is great and we’re really close. The staff treats my whole family very well and I really value the importance of that.”

Briningstool is tabbed as the No. 2 tight end and No. 112 overall prospect in the country according to the 247Sports Composite rankings. ESPN ranks him as the No. 53 overall player in the 2021 class and the No. 1 tight end-Y,