Is Tre Williams the next Christian Wilkins?

Is Tre Williams the next Christian Wilkins?

As Clemson fans get to know incoming freshman defensive tackle Tre Williams, he may remind them a lot of a former Tiger All-American that donned the orange and white not long ago.

“Tre, he grew up in Connecticut pulling for a certain No. 42 that used to play here – Christian Wilkins, that’s one of the guys he tried to model his game after,” Clemson defensive tackles coach Todd Bates said after Williams signed with the Tigers in December. “And he’s just a joy to be around, man. He’s never at a loss for words, number one. He’ll light up any room … and he also matches that with work ethic.”

Williams was born in Windsor, Conn., which is located less than 30 minutes away from Suffield, Conn., where Wilkins played his prep ball at Suffield Academy.

“A really, really great school. Great program,” Clemson head coach Dabo Swinney said. “They travel all over the country playing schools from California all the way back to the East Coast.”

Not only has Williams tried to craft a similar playing style to Wilkins, but he is also comparable to Wilkins off the field according to Swinney.

“Great young man. His mom, Meredith, she’s a super lady, and just has a great family,” Swinney said. “But very much like Christian – dynamic personality, and just a bright student and going to be a great player for us.” 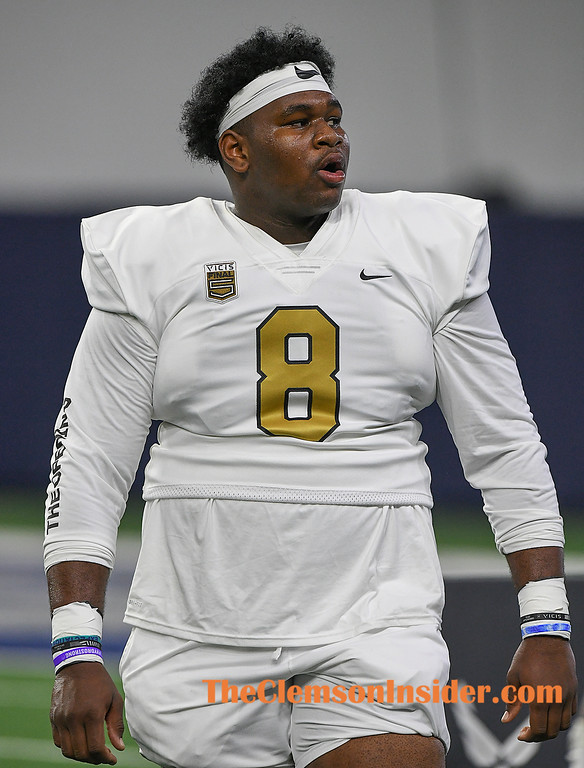 The former four-star recruit was named a MaxPreps Junior All-American following the 2018 season, when he helped St. John’s to a 9-1 record and top-20 national ranking as a starting defensive tackle.

Last summer, Williams competed against some of the nation’s top talent at The Opening Finals in Frisco, Texas, and made the final top 10 of the lineman event.

“I’m so excited about Tre, man,” Bates said. “Tre is an instinctual player. You can tell he knows the game just by having conversations with him, and he’s very passionate, he’s eager to prove it. He wants everybody to know that he’s one of the best, so he’s going to get that opportunity at Clemson, just to show and develop.”

Williams and Bates built a special bond during the recruiting process, and Bates had a feeling after their first conversation that Williams would end up choosing to be a Tiger. That came to fruition when he committed to Clemson on Jan. 26, 2019.

“It was just great building a relationship with him,” Bates said. “He’s one of the only guys that the first time I talked to him, the conversation went like an hour and 15 minutes, just getting to know him and listening to him and him listening to me. We connected off of that one conversation, and from there, we already knew what we were going to be doing – we were going to be working together, basically. He still took some trips after that, but he knew where he wanted to be, and that’s phenomenal.”

Williams fractured his left shoulder last August and missed a handful of games as a senior but is expected to be recovered from surgery by the time he enrolls at Clemson in June.

“Tre is another athletic defensive tackle,” Swinney said. “Just had a little surgery he’s having to get healed up but will be ready to go when we get going this summer.”