Clemson closed out the decade of 2010, with its best one ever.

The Tigers posted a 117-23 record this past decade, the second-best mark in the nation over the last 10 years. Clemson closed out the decade with nine consecutive 10-plus win season, including a perfect 15-0 mark in 2018 … the first college football program since 1897 to do such. The Tigers also played for four national championships in the decade, again, second only to Alabama.

The program closed the decade by becoming the first FBS program to win five consecutive conference championships in a row in the championship game era, which began in 1992. Clemson also tied Alabama with five consecutive trips to the College Football Playoff, the only two programs who can make that claim.

To have all the success Clemson had in the past 10 years, it had to have great players as well. That got this writer to thinking, what would Clemson’s All-Decade Team look like from the 2010s? 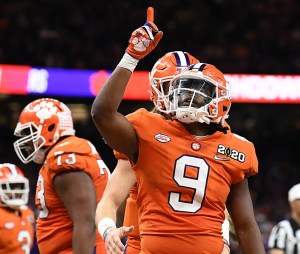 Travis Etienne is the only current player to make the all-decade team. The running back still has a season to go in his Clemson career and he already holds the school’s all-time rushing mark, as well as the ACC’s record for rushing TDs and total TDs. He is within reach of setting the conference’s all-time rushing record as well. (Bart Boatwright/The Clemson Insider)

C: Dalton Freeman – First-Team All-American in 2012 on the football field and in the classroom 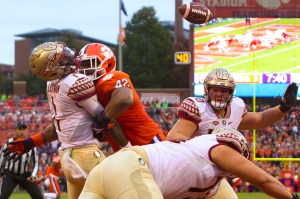 Christian Wilkins was one of the most beloved Clemson players of all-time. The defensive tackle was a Unanimous All-American in 2018, as well as a 3-time First-Team All-American during his college career. Along with defensive end Clelin Ferrell, he returned in 2018 for one more season and a promise to lead the Tigers to another national championship, which he did. (File photo/The Clemson Insider)