The Clemson men’s basketball team did something on Saturday that had not been done by a Tigers team since the 1979-’80 season.

Clemson beat No. 5 Louisville 77-62 at Littlejohn Coliseum. It marked the Tigers’ second win over a top 5 team this season, including a seven-point win over Duke on Jan. 14, which was also at Littlejohn.

“We knew we could come out and beat them. We did it once before against Duke, so we knew we could do it against Louisville,” Aamir Simms said after the game.

The last time Clemson (13-12, 7-8 ACC) beat at least two top 5 teams in the same season was the 1979-’80 season, when the Tigers beat three top five teams in the UPI Coaches Poll. That year, the Tigers defeated No. 4 North Carolina and No. 1 Duke on consecutive Wednesday nights in January of 1980. Then in February of that season they downed fifth-ranked Maryland.

“I am just really happy for our players. Those are two big-time wins against outstanding teams with great coaches,” Clemson head coach Brad Brownell said. ” Our guys played at an elite level tonight and the challenge is to try to sustain that, whether it is in Littlejohn or outside. We have to do a better job away from home.”

Clemson earned Saturday’s win over the Cardinals thanks to a first half that saw the Tigers build a 17-point lead and not look back. The win avenged an 18-point loss at Louisville on Jan. 25.

On Saturday, the Tigers were led by John Newman’s career-high 23 points and 6 rebounds. The sophomore was 6-for-8 from the field and was 7-for-7 from the foul line. His previous high was 17 points. 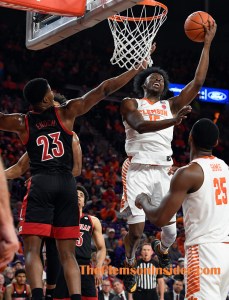 Clemson also got 14 points from Tevin Mack and 13 points from Simms, who also had four assists. Louisville was led by Dwayne Sutton’s 18 points. Clyde Trapp added 10 points and eight rebounds, while Alex Hemenway had eight points off the bench.

Louisville (21-5, 12-3 ACC) got itself back in the game with a 13-2 run midway through the second half by the play of Malik Williams and Sutton. But Mack hit a step-back jumper and then Simms, Newman and Hemenway followed with consecutive three-pointers to extend the lead back to 19 points, 55-36, with 6:55 to play.

The Cardinals again tried to get back in the game, but Hemenway buried a three from the right side and then Newman drove the lane, was fouled and completed the and-one for a 42-61 lead with 4:05 to go.

The Tigers opened the game by making each of their first five shots and stretched its lead to 18-5 following two Newman free throws with 13:06 to go in the half.

The quick start got the sold out crowd going at Littlejohn and sparked the Tigers all afternoon.

“When our crowd is doing that here, it energizes your team,” Brownell said. “We made a couple of shots. Our guys were tired because of the adrenaline. Our guys were exhausted in the first half because of the adrenaline. They were playing with such pace and were so excited and playing well, their hearts were about to beat out of their chest. They were asking me to come out of the game.

“Our thought our bench helped us in the first half.”

Clemson got just 10 points from its bench, but eight of those came from Hemenway, who shot 3-of-6 overall and was 2-for-4 from behind the arc.

Clemson led 31-14 at halftime. The Cardinals went the last 3:14 without any points and were 1 of their last 16 from the field to close the half.

The Tigers on the other hand shot 46 percent from the field in the first half to build its lead. They were 3-of-10 from three-point range in the first 20 minutes.

Clemson extend its lead to as many as 21 points in the second half, 42-21, following a Mack jumper from the left side with 14:09 to play.

They held Louisville to 24-of-69 from the field. The Cardinals were just 6-of-27 from three-point range.

Clemson will take the week off before it plays at Boston College next Saturday. 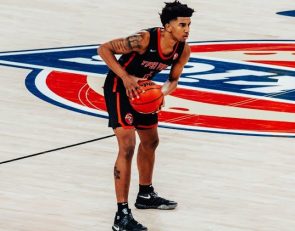 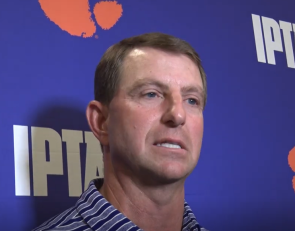