Clemson struck first on an RBI single off the bat of Kier Meredith that scored Mac Starbuck and gave it a 1-0 lead after five innings.

Liberty’s pitcher Noah Skirrow hit Starbuck by a pitch with one out to give the Tigers life. Elijah Henderson followed with his second base hit of the day and Meredith roped a single to right center that scored Starbuck from second base. 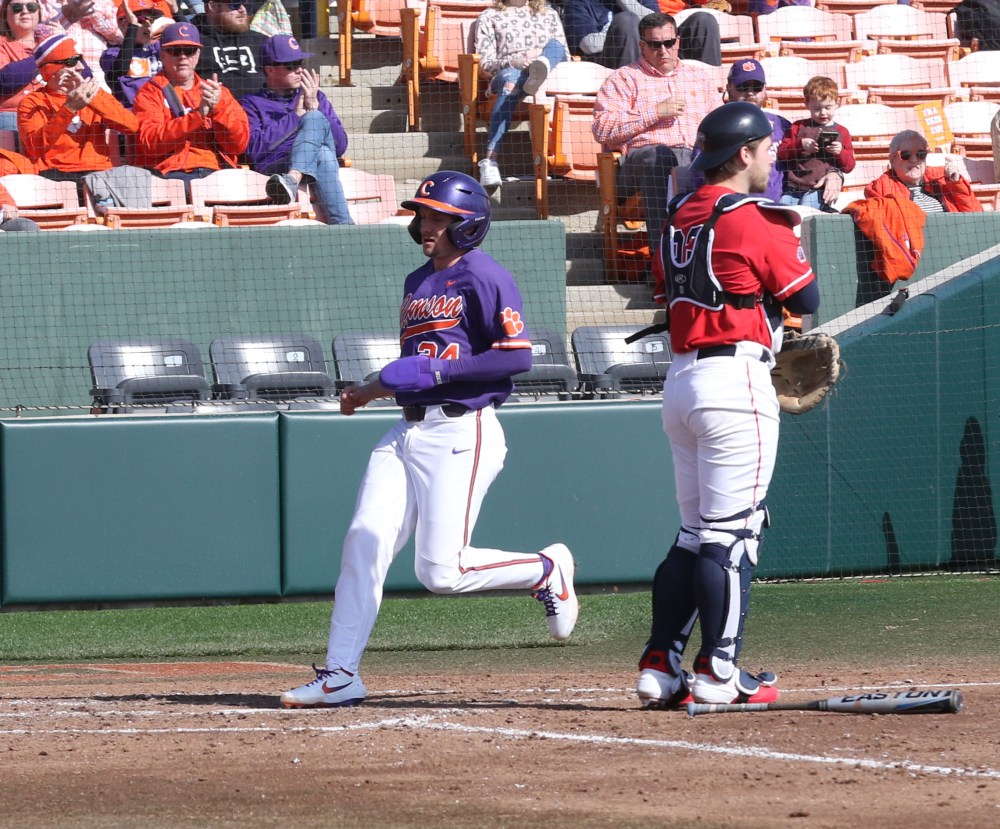