Clemson took the lead in the third inning of Game 3 Sunday against Liberty at Doug Kingsmore Stadium.

In the bottom of the third, Elijah Henderson hit a one-out double down the left field line. Kier Meredith followed with an infield single advancing Henderson to third. Meredith then stole second to put both runners in scoring position.

James Parker walked to load the bases before Adam Hackenberg singled to score Henderson and Meredith.

After three inning of play, the Tigers led Liberty, 2-0. 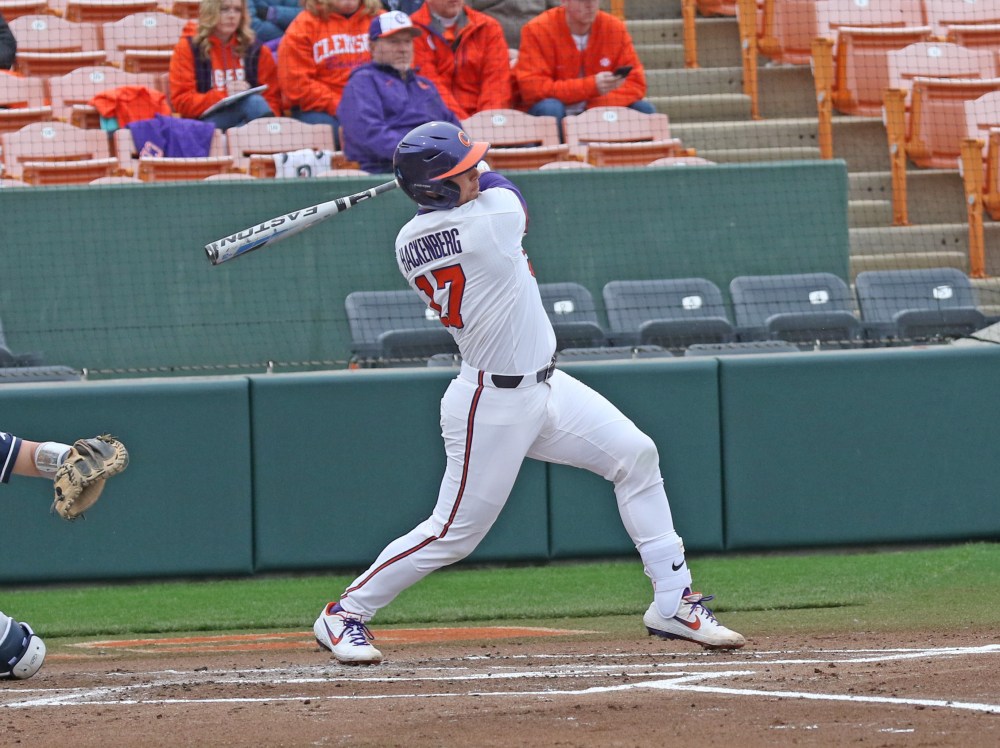