Mat Clark was the difference-maker for Clemson in its 5-2 win over South Carolina Sunday at Doug Kingsmore Stadium in Clemson.

Clark’s three innings of work with only one hit and four punch outs earned Clemson its fifth series win over its in-state rival in the past six years. Clark kept the Gamecocks at bay, ultimately setting the stage for Carson Spiers to come in and shut the game down in the eighth inning.

Clark, a junior out of Charleston, has taken on a new role so far for the Tigers this season. The lefty, who played out of the pen his first year and was a weekend starter last year, has played a reliever’s role this year.

“It was big for us because Mat was at his best,” head coach Monte Lee said. “You’ve got a true weekend starter pitching behind [Spencer] Strider and I’m proud of Mat. You think about how hard that is and you talk about being selfless as a teammate now, that’s a tough pill to swallow with a guy that was as good as he was as a starter for us last year to be asked to pitch behind Spencer on a Sunday. For him to just accept that role and dominate that role, says an awful lot about him. We won the series today because of Mat Clark.”

Clark came in at the fifth inning of Sunday’s game with the Tigers trailing 2-1, and like always, his goal was to come into the game as if he was the starter.

“It’s been fun,” Clark said. “Me and Spencer have grown pretty close, basically we are on the same routine all week, so we are doing the same stuff as each other week in and week out. In terms of throwing behind him, I like it. It’s great and I feel like it’s pretty challenging for the other team to prepare for that, I mean, you have a hard-throwing righty and then kind of a softer throwing, finesse lefty, so I think it’s going well so far.”

As for playing in the bullpen, Clark doesn’t mind at all. His goal is to help the Tigers win whenever and whichever way he can.

“My first year playing I was bullpen guy, last year I was a starter obviously, so I kind of have a pretty good feel for both situations,” he said. “So this year it is kind of a combination of both. I’m comfortable where I’m at and I just want to do what’s best for our team and win a bunch of ball games this year.” 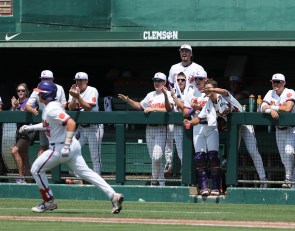 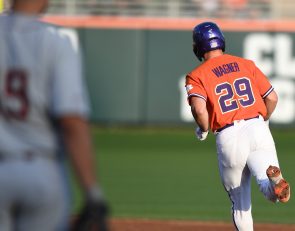 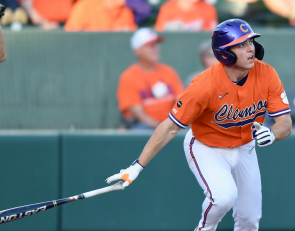