After committing to Clemson last September, Atlanta four-star wide receiver Dacari Collins remains All In with the Tigers and returned to campus for their junior day March 7 when he was able to take in a spring practice and catch up with the coaches.

“They had practice, so it was good to be back just kicking it, talking,” he said.

Collins (6-4, 200) liked what he saw from the Tigers while watching their scrimmage that day.

“They looked very organized and just coming together as a team,” he said.

Collins is teaming up with Clemson cornerback commit Jordan Hancock to help the Tigers recruit a couple of top prospects in the 2021 class that were on campus for the junior day two weekends ago as well. 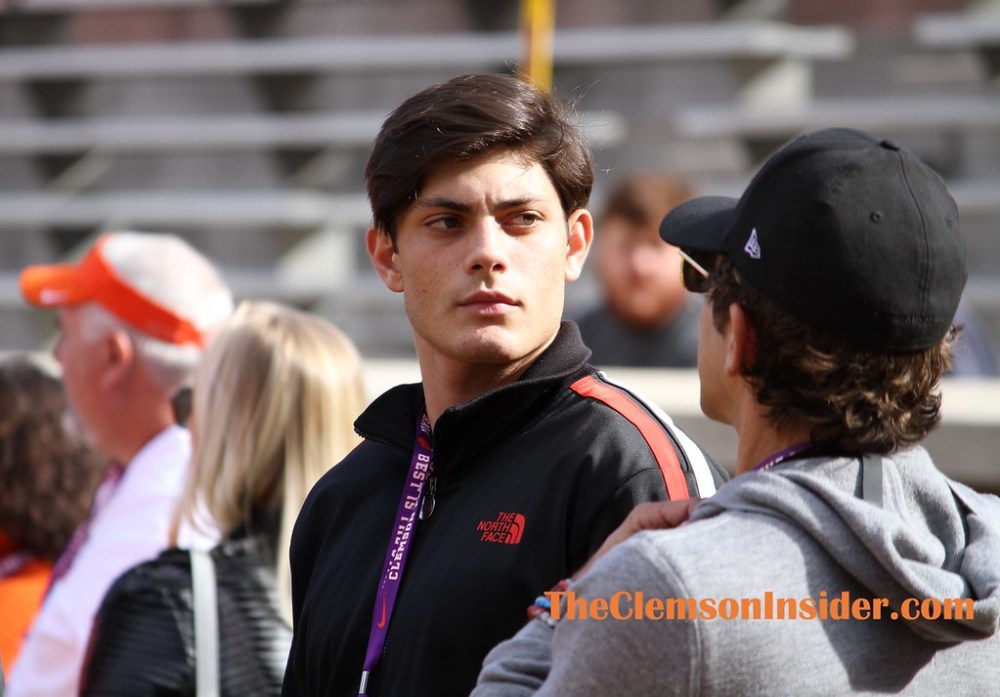 “I’m trying to get Troy Stellato to commit,” Collins said, “and my boy Jordan Hancock, he’s trying to get Barrett Carter to commit. So, really them two.”

Collins feels good about where the Tigers stand with Stellato, a four-star wide receiver from Cardinal Gibbons High School in Fort Lauderdale, Fla.

“I think our chances are very high,” Collins said. “He could be our last piece to the receiving corps. We’re looking for one more slot and then we’re going to shut it down for our position.”

Collins believes he and Stellato could be a special combo at receiver for Clemson in the future if Stellato chooses to jump on board with the Tigers.

“Amazing, like something different,” Collins said of the potential duo. “Just something fun to watch and it’s just going to be good.”

Collins will finish out his high school career at Westlake High School in Atlanta after playing his first three seasons at McEachern High in Powder Springs, Ga.

As a junior last season, Collins was credited with 39 receptions for 696 yards and six touchdowns. He is ranked as high as the No. 127 overall prospect in the 2021 class by ESPN, while both Rivals and the 247Sports Composite consider him the No. 175 overall prospect nationally.