Fast-rising corner: ‘I definitely can see myself at’ Clemson

Fast-rising corner: ‘I definitely can see myself at’ Clemson

Gaithersburg (Md.) Quince Orchard cornerback Ryan Barnes has seen his recruitment blow up this year. Since 2020 began, the fast-rising 2021 recruit has collected around two dozen Power Five scholarship offers and now boasts an offer sheet that features many of the nation’s top programs including Clemson.

Barnes (6-2, 180) has been able to check out several schools this year but couldn’t make a bunch of other visits he had planned due to the coronavirus, which caused the NCAA to suspend all in-person recruiting effective March 13 until at least April 15.

The Clemson Insider recently caught up with Barnes to get the latest on his recruitment, plans moving forward and much more.

“It’s all happened so fast,” he said of his recruiting process taking off over the past few months. “Me and my family are very thankful and appreciative for all the opportunities that were given to me. So, it’s going pretty good. I’m just enjoying the process, and I’m looking forward for this whole thing to blow over so I can continue this recruiting.”

Clemson offered Barnes in mid-February and got him on campus for the program’s junior day event March 7. Since then, he has been in steady contact with multiple members of the staff including cornerbacks coach Mike Reed and defensive coordinator Brent Venables. 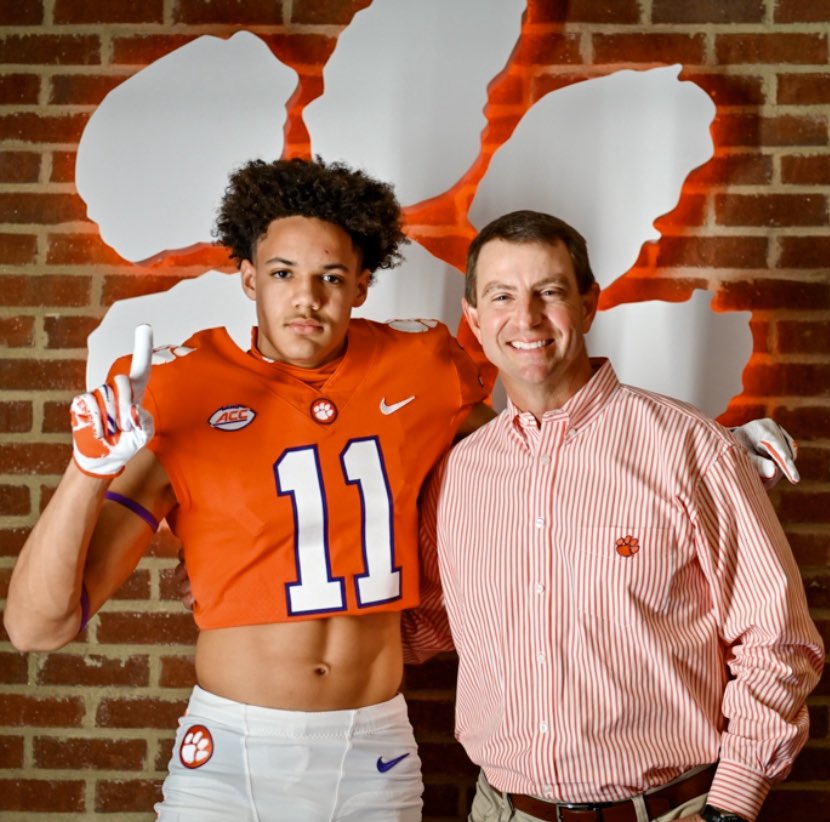 “I really appreciate them reaching out all the time,” Barnes said. “We talk about football, we talk about what’s going on in the world. Just really building that relationship with them, that’s what we’re really trying to do.”

Barnes has visited Duke, Georgia, Tennessee and Maryland this year, along with Clemson, and named Michigan, Penn State, Notre Dame and South Carolina as some of the other schools he had hoped to visit before the NCAA instituted a dead period. He is also interested in traveling to Clemson again.

“Being there last time, I got to see a lot with the academics, the athletics, just how the campus environment is, which I loved all three of those things,” he said. “Something that I want to be able to do is get more in-depth with the academic side of it, more specifically me and what I want to major in, just seeing the programs they have for that.

“With Clemson, the campus environment they have, the academic part of the campus is amazing. They’ve got great academic programs and then the athletic program, it’s obviously a great team and somewhere that I definitely can see myself at.”

Barnes, who wants to major in either marine biology, psychology or criminology, says Clemson is one of his top schools at this point in the process.

“Clemson is definitely a big one for me,” he said. “Clemson, Tennessee, Notre Dame — there’s a lot of schools — South Carolina, USC, FSU, Duke. I love a lot of these schools, so hopefully making a decision soon is my plan.”

Barnes is looking to make his commitment by the time his senior season begins, if not sooner.

“I want to try to do it before my football season,” he said. “But if we find a place that we see as a home for me, we’re willing to do it earlier if need be.”