No. 3 Clemson went to Blacksburg and walked all over 12th-ranked Virginia Tech

Third-ranked Clemson made college football history when it beat No. 12 Virginia Tech, 31-17, on September 30, 2017, at Lane Stadium in Blacksburg, Va.

With the win, the Tigers became the first team in the history of the AP Poll in college football to beat three top 15 teams in the first month of the season. Clemson had previously defeated No. 13 Auburn in Clemson and No. 14 Louisville in Louisville.

Relive all the pregame and game action from Clemson’s rout of Virginia Tech at Lane Stadium in Blacksburg, Va., on September 30, 2017 in this TCI Photo Gallery. LINK

Once again, the Clemson defense dominated the game. Led by All-American linebacker Dorian O’Daniel, the Tigers held the Hokies to 90 rushing yards on 28 attempts.

He also had a 44-yard interception return for a touchdown in the Tigers’ win at Louisville on September 16, 2017. O’Daniel was named the national defensive player of the week after Clemson’s win at Virginia Tech. 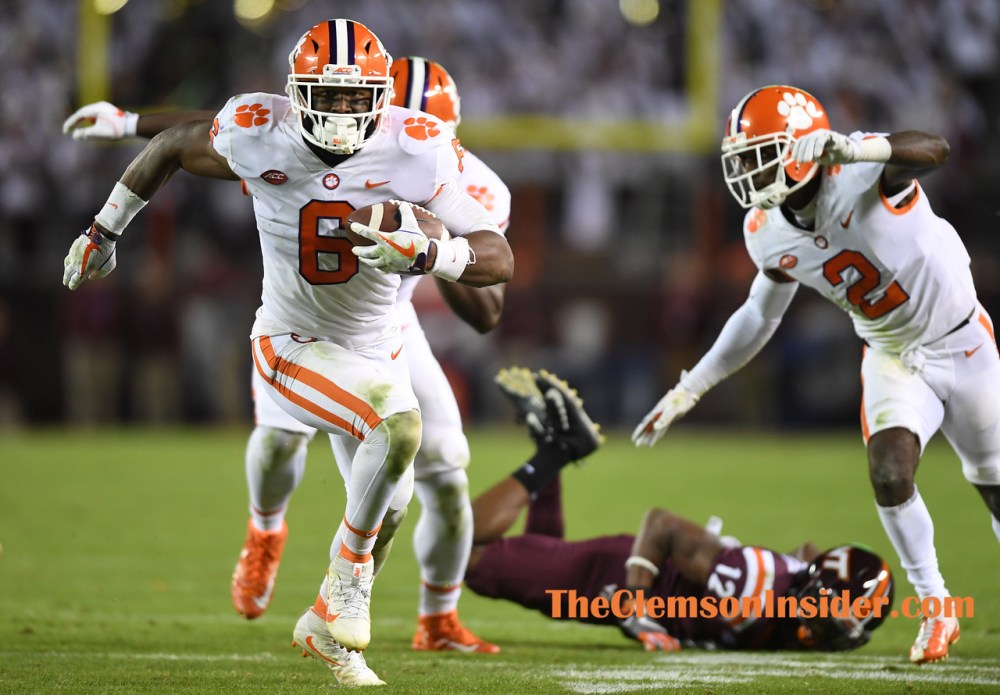