Montgomery (Ala.) Park Crossing defensive end Khurtiss Perry is one of the top prospects in the country for the 2022 class, and he is high up on Clemson’s recruiting board for that cycle.

The Tigers have not offered any 2022 recruits yet, but head coach Dabo Swinney, defensive ends coach Lemanski Hall and defensive tackles coach Todd Bates let Perry (6-3, 260) know how interested they are in him when he was on campus for the Swinney Football Camp last June.

“They told me that I’m a very good player, I have a hard first and second step, and that I am the best kid in 2022 that they have seen,” Perry told The Clemson Insider.

Hearing that from coaches at a program as prominent as Clemson meant a lot to Perry.

“It made me feel real special,” he said. “That just motivates me to keep going and go harder each and every day. It’s just a blessing.”

Asked what he remembers most about the camp visit to Clemson last summer, Perry said, “How I felt so loved when I entered the doors.” 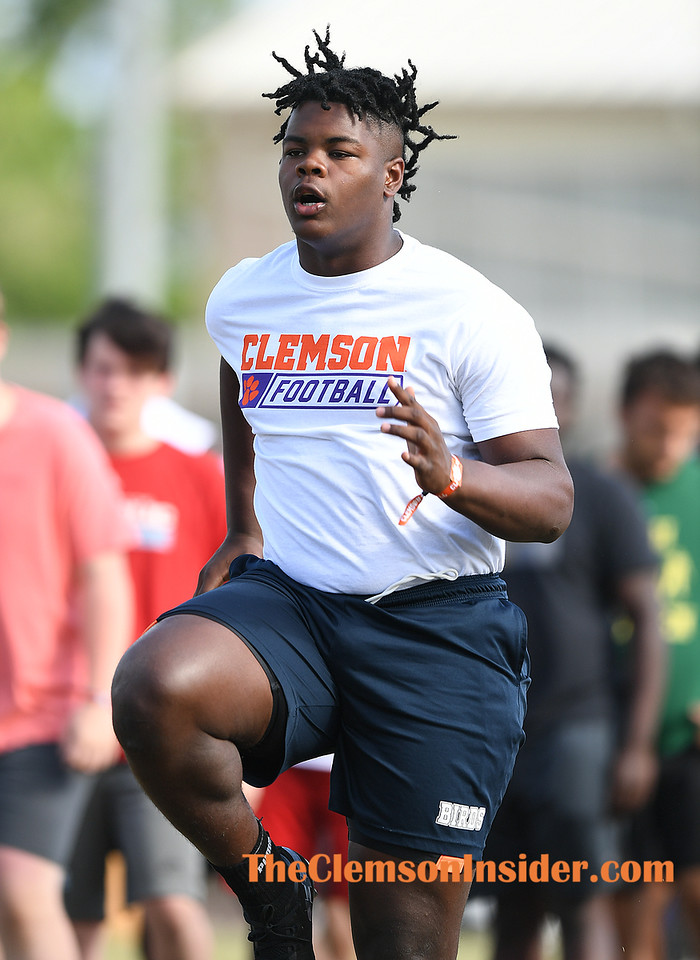 Perry plans to return to Clemson, and is looking to visit several other schools as well, after the NCAA ends the recruiting dead period, which is in effect through at least May 31.

Although Perry doesn’t yet have an offer from Clemson, he feels it is one of the schools showing him the most love in the early going.

According to Perry, he is “just enjoying the process” right now and does not have any favorites, but Clemson would “most definitely” be one of his top schools if it pulls the trigger on an offer.

Perry says whichever program he decides to play for will not only be getting a great football player, but also a great teammate and person of high character off the field.

Perry is ranked as the No. 4 strong-side defensive end and No. 45 overall prospect in the early 247Sports rankings for the 2022 class.

When Clemson beat The Citadel on Sept. 19 at Death Valley, Derion Kendrick did not start the game. After being on the inactive list for the Tigers’ season-opener at Wake Forest, Kenrick watched the first (…)

When Brent Venables thinks about the performance of his defense through the first two games of the 2020 season and then reflects on last year’s unit, the biggest difference that jumps out to (…)

ACC is getting better, Clemson has taken notice

Clemson has won 23 straight ACC games dating back to the 2017 season, including 20 straight in the regular season. The top-ranked Tigers will try to extend those win streaks on Saturday when they host (…)

For Clemson offensive coordinator Tony Elliott, the ongoing NCAA dead period does not affect him much from an in-person evaluation standpoint. The dead period, which was recently extended through Jan. (…)

GREENSBORO, N.C. – The Atlantic Coast Conference and its television partners announced the following football game times and networks for the week of Oct. 9-10. Friday, Oct. 9 Louisville at (…)

National writer feels Tigers could be in trouble against Virginia

Clemson will enter Saturday’s game at Death Valley as a 29-point favorite over the Virginia Cavaliers in a rematch of last year’s ACC Championship Game. Though some might think the line is pretty high, it (…)