Greensboro (N.C.) Grimsley five-star defensive tackle Travis Shaw expected to receive an offer from Clemson when the calendar turned to June 1, and indeed, the Tigers pulled the trigger in offering the top class of 2022 prospect yesterday.

Shaw (6-6, 320) was informed of his newest college opportunity during a FaceTime conversation with defensive tackles coach Todd Bates.

“I knew since I’ve been getting recruited by Clemson coming out of eighth grade, he’s always told me that I was number one on his chart for 2022,” Shaw said of Bates. “So I’ve been expecting it, and I’ve known that I was going to get offered by Clemson on June 1 for probably about two months now or maybe longer than that.”

While Shaw knew the offer from Clemson was coming, it was still special for him to see it materialize and know he now has it in hand.

“It’s really a blessing, and all the work that I’m putting in, it’s deserving,” he said. “From all the history that Clemson’s school has, it’s a blessing, to be real.”

“Just how family oriented it is,” he said. “It’s a winning school. They produce a lot of D-linemen in the NFL. Coach Swinney’s senior graduation numbers are high, so that’s always a good sign. And really, there’s just a lot that Clemson has that a lot of schools don’t have.” 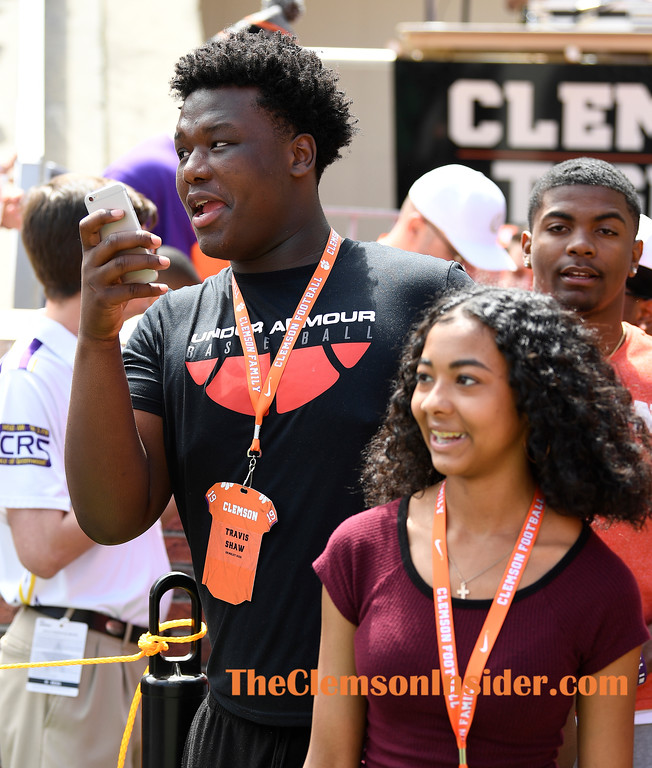 Shaw was extremely productive as a sophomore last season when he totaled 110 tackles, including 18 for loss and 12 sacks, to go with 19 quarterback hurries.

When he offered Shaw, Bates explained to him why he is the top defensive tackle on the Tigers’ board for the 2022 class.

“He really just said he likes me as a player overall,” Shaw said. “He likes my leadership, he likes my hustle, he likes that I’m able to move really well for my size. He likes the way I compete and the way I push the players around me to make them better and things like that.”

Because Bates has been recruiting Shaw for a few years now, the two have developed a solid relationship that should only continue to get better.

“It’s a real strong relationship,” Shaw said. “It’s really strong, and we’ve got two more years to keep building it. But he just keeps it real and he tells me wrong and right.”

Now that Clemson has offered, Shaw said he “most definitely” plans to visit the school again after the NCAA’s dead period ends, whenever that may be – all in-person recruiting is suspended through at least July 31 due to the coronavirus pandemic.

A rising junior, Shaw would ideally like to have his commitment decision out of the way before his senior year begins in 2021.

“I’m waiting on (the virus) to see when that passes and if it’s going to pass,” Shaw said. “Because if it leads into next year, then I may just go ahead and commit so I can focus on myself and my senior year and I won’t have to worry about getting a phone call from this school and this school, this, that, they, they.”

So, where does Clemson stand in Shaw’s recruitment right now after entering the mix with its offer?

Rivals rates Shaw as a five-star prospect, while 247Sports ranks him as the No. 3 defensive tackle and No. 30 overall prospect in the 2022 class.