It can be argued that Dwayne Allen is perhaps the greatest tight end Clemson has ever had.

Check out Allen’s All-American career at Clemson in this photo gallery by The Clemson Insider. PHOTO GALLERY LINK

Allen is a great example of how being patient and waiting your turn can pay off. After learning to play behind All-ACC tight end Michael Palmer, Allen got his shot to show what he could do in 2010 and became perhaps the greatest tight end Clemson has ever had.

Allen broke all of Bennie Cunningham’s single-season and career records for a tight end while becoming a two-time All-ACC Player as well as a consensus All-American in 2011.

In 2011, he caught what is still a Clemson record for a tight end with 50 passes for 598 yards and a school-record eight touchdowns for a single-season. Allen was awarded the John Mackey Award at season’s end as the nation’s best tight end.

Allen finished his career with a school-record 93 catches for 1,079 yards and 12 touchdowns.

In 2012, Allen was drafted by the Indianapolis Colts in the third round of the NFL Draft. He played for the Colts and the New England Patriots during his eight-year NFL career, while playing in two Super Bowls for New England. He was part of the Patriots’ Championship team in 2018. 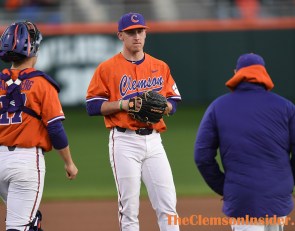