In our Fresh Look at Clemson’s Summer Enrollees series, The Clemson Insider gives an in-depth review of the newcomers, breaks down what each player does best, how they will fit in and more. In this article, we focus on Walker Parks: 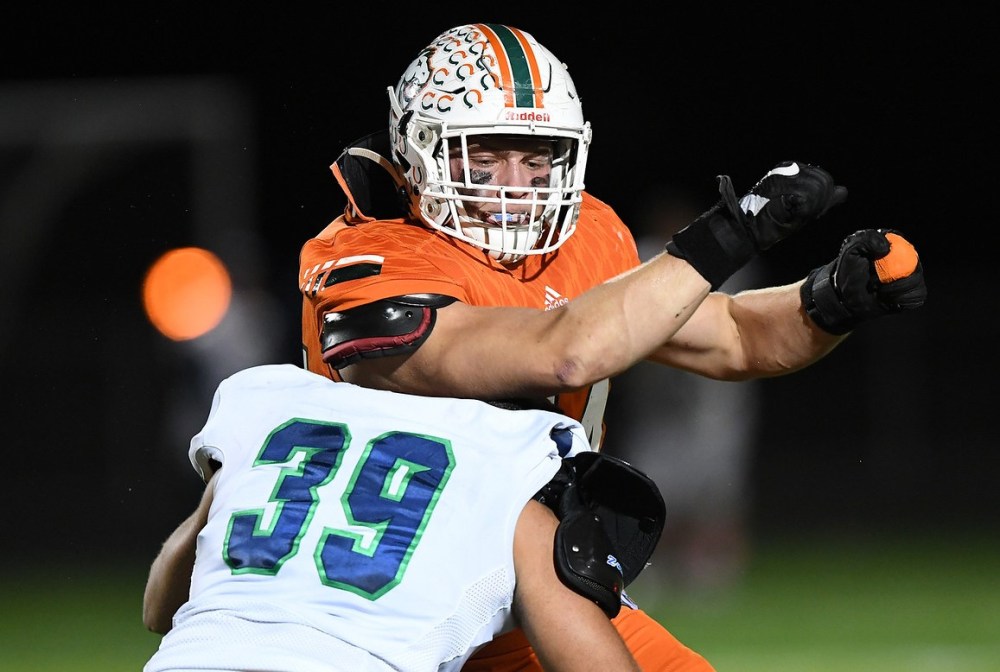 High school stats/accolades: Two-year captain who did not allow a sack in 15 games as a senior … first-team all-state and earned 5A district player of the year … added 32 tackles, including 11.5 tackles for loss with 6.5 sacks, while playing defensive end in addition to his offensive line duties

Scouting report: Parks is well built with a strong, athletic frame at 6-foot-5 and 292 pounds. He is very athletic for his size and showcased that athleticism at The Opening Finals last summer when he recorded a sub-5-second 40-yard dash, 4.50 shuttle time and a 30-plus inch vertical leap. His quickness and ability to move well serves him well in pass protection and when getting to the second level on blocks. A couple of his best characteristics are his toughness and hard-nosed attitude. He plays with the type of aggressiveness and nasty mean streak that O-line coaches love to see. Parks has a good pedigree to boot and possesses plenty of knowledge of how to play his position as the son of former Kentucky offensive lineman David Parks.

How he fits in: Parks, along with fellow summer enrollee offensive linemen Trent Howard and John Williams, will join midyear enrollees Mitchell Mayes, Paul Tchio and Bryn Tucker in Clemson’s O-line room. Parks and his freshman counterparts will compete for playing time on the second-team OL and try to help provide depth behind the starting unit.

Parks developed nicely as he progressed through high school and is physically equipped to come right in and put himself in the mix for early playing time if he performs well in fall camp. He projects best at tackle but is capable of playing any position along the line if need be.

The Tigers got an excellent prospect in Parks, who has all the makings of a future impact starter up front.

“Walker Parks is amazing. He’s one of those guys that he will fight a chainsaw with it running. He’s just that type. He wants to prove, and he’s a loyal guy, a pleaser. He wants to make you proud in everything he does whether it’s on the field, off the field, in the classroom. He’s just a jewel, diamond in the rough that as it started and then it unfolded, that piece of coal became a diamond. He’s got good genes. His dad played; his dad helped teach him. He’s got good coaching at the high school level. So, he’s really prepared to go compete and that’s what he loves best – competing.”

Lawrence made right throw, not wrong one on Syracuse’s pick-six

Syracuse was playing a Cover 3. Its corners were bailing, its linebackers were covering the seams and the safety was sitting high playing towards the boundary. Clemson’s Amari Rodgers hit the seam (…)

The Atlantic Coast Conference announced today that punter Will Spiers has been named ACC Specialist of the Week for his performance in Clemson’s 47-21 victory against Syracuse on Saturday. Clemson has now (…)

One thing Dabo Swinney will never do is admit his team is looking past an opponent. One of Clemson’s motto is, “The next game is always the biggest game of the year.” Notre Dame head coach Brian Kelly (…)

Clemson may have beaten Syracuse 47-21 on Saturday, but for the high standards defensive coordinator Brent Venables, it was not good enough. After the victory, Venables criticized himself for a couple of (…)

On a day when the offense was not as explosive as it has been in recent weeks, the Clemson defense decided it was going to take the lead. Needing a play, needing something to change the momentum after (…)

It was obvious a few times in Saturday’s Syracuse game Clemson was missing defensive tackle Tyler Davis. It was also obvious they were missing linebacker James Skalski, defensive tackle Jordan Williams and (…)

Travis Etienne blamed the cramping issues he dealt with during Clemson’s win over Syracuse on Saturday on the fact he only ate a bowl of Frosted Flakes for breakfast prior to the 12 p.m. kickoff at (…)