In our Fresh Look at Clemson’s Summer Enrollees series, The Clemson Insider gives an in-depth review of the newcomers, breaks down what each player does best, how they will fit in and more. In this article, we focus on Tre Williams: 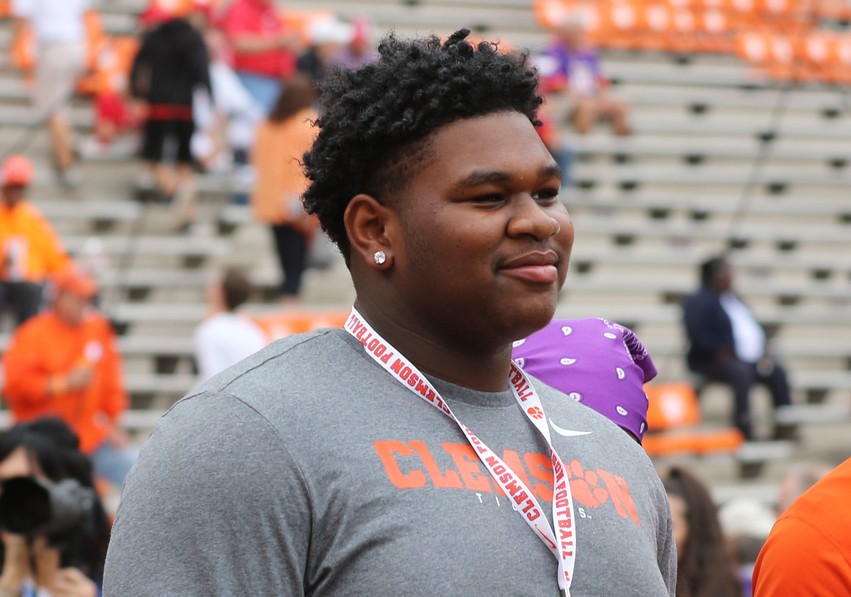 High school stats/accolades: Helped St. John’s College High School go 9-1 in 2018 and rank 20th in the nation (second in the Washington, D.C. area) by MaxPreps … named to the MaxPreps Junior All-American team after the 2018 season … was a MaxPreps first-team preseason All-American for 2019 … selected to participate in the Under Armour All-America Game

Scouting report: Williams has a big, stout frame that he uses to help him be a disruptive force in the middle of a defense. Explosive and powerful, Williams is quick off the ball, strong at the point of attack and able to bully his way through an offensive linemen en route to the ball carrier. Not only does Williams have the strength to push through blocks, but he also has quick-twitch ability and the quickness to maneuver around blocks inside. He uses his active hands to fight off opposing linemen and features a nice swim move. Williams moves well for his size, can make tackles in space and has enough speed to chase down players downfield or sideline to sideline. He has desirable leadership traits and plays with a lot of fire in his belly and a high football IQ.

How he fits in: Williams is one of four highly regarded defensive linemen Clemson signed as part of its 2020 class along with Bryan Bresee, Myles Murphy and Demonte Capehart, a trio that enrolled early in January. Williams joins a defensive tackle group that includes Bresee and Capehart as well as guys like Tyler Davis, Jordan Williams, Nyles Pinckney, Darnell Jefferies, Ruke Orhorhoro and Etinosa Reuben.

Williams has the versatility to play both 3-technique and nose tackle. He is an exciting young player and has the potential to be an impact player for the Tigers in the years to come. He models his game after former Clemson All-American defensive lineman Christian Wilkins, and Dabo Swinney believes Williams will be a fan favorite much like Wilkins, seeing similar personalities between the two.

Williams fractured his left shoulder last August and missed a handful of games as a senior but was expected to be fully recovered from the injury by the time he enrolled.

“Clemson people are going to love him. He’s got a big personality. He’s a very self-aware kid, very smart and a dynamic-type player. He’s got a little bit of a Christian Wilkins type of personality in that he’s kind of a natural leader and things like that.”

“Tre comes from an incredible program at St. John’s. They run their program like a college program. He’s got a little shoulder thing he’s going to have cleaned up, but he’ll be fully released by the time he gets here in June.”

“I’m so excited about Tre, man. Tre is an instinctual player. You can tell he knows the game just by having conversations with him, and he’s very passionate, he’s eager to prove it. He wants everybody to know that he’s one of the best, so he’s going to get that opportunity at Clemson, just to show and develop.”