Tigers getting a ‘freaky’ athlete in Ajou

Tigers getting a ‘freaky’ athlete in Ajou

In our Fresh Look at Clemson’s Summer Enrollees series, The Clemson Insider gives an in-depth review of the newcomers, breaks down what each player does best, how they will fit in and more. In this article, we focus on Ajou Ajou: 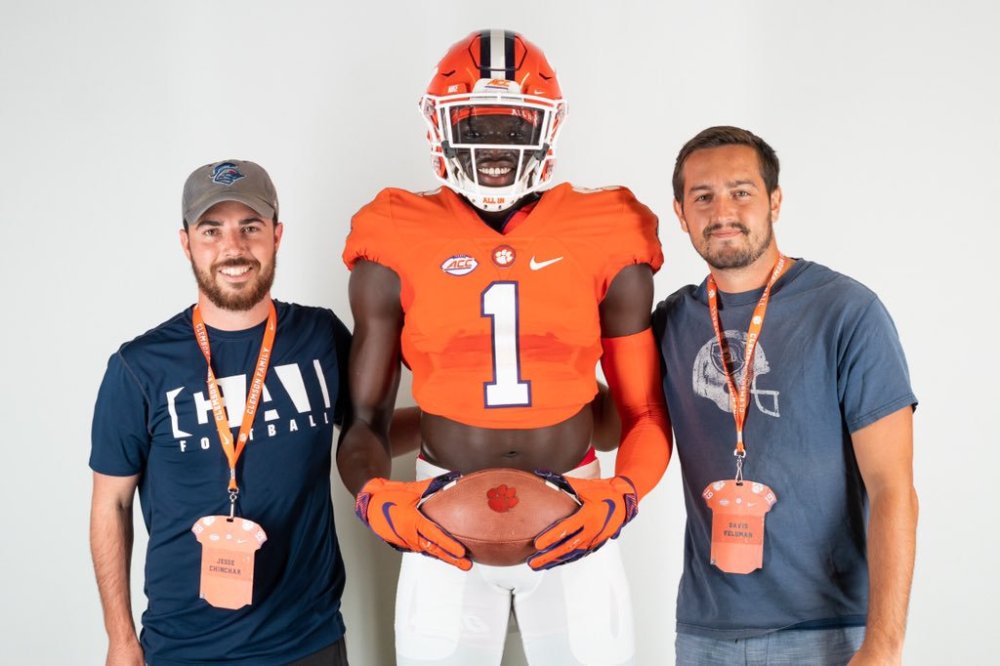 High school stats/accolades: Finished 2019 season with 39 receptions for 686 yards and seven touchdowns … averaged 17.6 yards per reception … showed his ability at midseason against American Collegiate Academy with 10 catches for 190 yards and three scores … followed up the next game against Angels Christian Academy with five receptions for 115 yards and two scores

Scouting report: A three-sport participant who also played basketball and competed as a high jumper in Edmonton, Ajou is an amazing athlete with outstanding leaping ability and can be seen effortlessly hurdling a defender on his senior film. He is a big, long target with a huge wingspan, and his combination of size, hops and wide catch radius helps him win in contested jump-ball situations. He uses his strong and reliable hands to pluck balls out of the air and is a definite red zone threat. He is also a weapon in the vertical passing game and has good speed for his size. Ajou is a smooth runner who covers ground in a hurry with long strides and can run by opposing cornerbacks to haul in deep balls. In the run game, he is a physical, willing blocker who can put people on their backs and open up running room for ballcarriers. Ajou is very raw but extremely gifted and possesses a ton of upside and a very high ceiling.

How he fits in:  Ajou is one of the two wideouts Clemson signed as part of its 2020 class. He and E.J. Williams, who enrolled early and turned heads during spring practice, give the Tigers a pair of talented additions to their receiving corps heading into this season.

Ajou, Clemson’s first-ever international signee, didn’t move to the U.S. until 2019 and only played two years of high school football — one in Canada and one in the states. So, he has a lot to learn; in fact, Dabo Swinney says Ajou, when he camped at Clemson last summer, didn’t know how to correctly line up and come out of a receiver’s stance in American football as he was used to the running start receivers get in Canada.

Ajou will need time to develop and work on his technique and improve his route-running, but he has star potential and all of the tools and ability to be a dynamic playmaker for the Tigers in the future.

“His leaping ability is off the charts. In fact, I think he’s got some kind of Canadian record for long jump or high jump in Canada. Just kind of a freaky skilled guy. Super excited about him, and man, between he and EJ, we got two real stallions right there that’s going to keep us as a pretty good wideout group for a while. So, really excited about them.”

“Ajou is freaky talented. If you just look at him, he’s got really long arms, great length. If you watch his tape, great jumping ability, the ability to high point the ball and outjump a defender, make those contested plays. His run after the catch is phenomenal. So, I just can’t wait to get him here and start to work with him because he’s only played so much ball, and so there might be a little bit of a learning curve. But I fully expect him to get here, to take coaching, to be coachable and to really just skyrocket. I think he’s going to be a phenomenal player for us.”