Greensboro (N.C.) Dudley defensive tackle Payton Page, one of the best and most sought-after prospects in the 2021 class, officially ended his recruitment Tuesday when he announced his commitment to Clemson over North Carolina and Tennessee during a ceremony at a hometown training facility.

The Clemson Insider was on hand for the ceremony and spoke exclusively with Page’s father, Eric, following his son’s announcement.

Eric is glad to have the recruiting process in the rearview mirror, excited for what the future holds for his son at Clemson and could not have been more impressed by how the Tigers handled Payton’s recruitment.

“I’m thrilled that it’s over. It’s been a long process,” Eric said. “I’m happy for him with the opportunity that it presents him. I think Clemson’s a phenomenal program. The resources and the amount of time and effort they put into building resources around their football program is second to none. All the schools that he chose were pretty good with academics and everything, but just the structure of their resources built around the program, I haven’t seen anything like that.”

The fact that Payton was the only defensive tackle Clemson credibly offered and went after in the 2021 cycle meant a lot to Payton, Eric and their family.

While many other programs hand out offers like candy, the Tigers are very methodical in their approach to extending offers and typically don’t offer prospects until the summer before their junior year. Thus, Payton did not receive his offer from Clemson until June 2019, and Eric appreciates the way the Tigers go about the process.

“Knowing that they kind of put all their chips into one player was humbling. So, we were all excited by that,” Eric said. “Clemson was kind of late to the game in terms of offering Payton, but I came to find out later it’s just a process they use for recruiting, so they wouldn’t have been among the early offers that he received, and I respected that a whole lot. I’m a businessman myself and I understand the importance of having policies and procedures in place, and more importantly, following those policies and procedures. So, I’ve always been real impressed with the way Clemson has recruited him.” 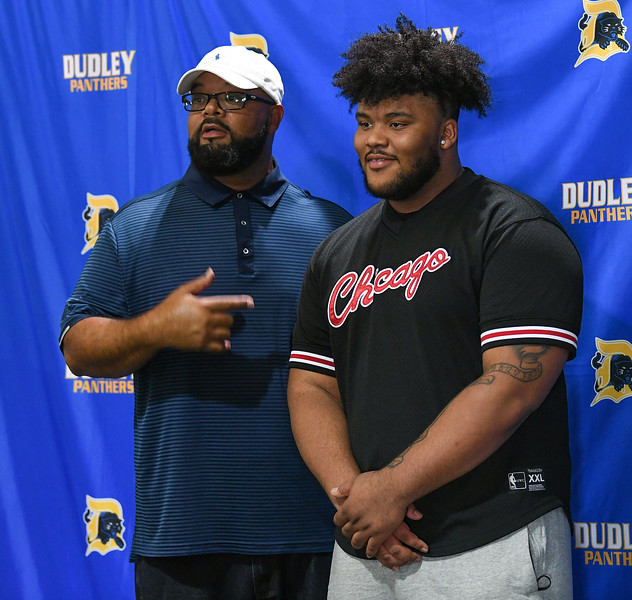 Suspect of the motives of some college coaches, Eric tried to distance himself when it came to communication with them during the process. But with that said, Eric has a lot of respect for Clemson defensive tackles coach Todd Bates, who headed Payton’s recruitment for the Tigers.

“Really, really good guy. Easy to talk to,” Eric said. “My personal feeling with coaches, and Coach Bates can probably attest to this, my personal feeling when it comes to talking to coaches a lot when they’re recruiting is I feel like it’s kind of like seeking advice from the fox when you’re building your chicken house. It’s counterintuitive to me. So, I purposely stayed distant from them.

“But in spite of that, his efforts to reach out have always been timely, never overreaching. He’s always been very humble. We’ve had coaches kind of blow up to Payton, and it wasn’t too long ago, either, that have really said some things to him that probably wouldn’t have jived well in a program like Clemson. So, they got eliminated as a result of that. If you’re showing us your true colors then, then we know who you are, and that decision came easy for us to eliminate some programs.”

Eric told a story that demonstrates the integrity of Clemson’s program and staff, something which really struck a chord with him and was refreshing for him to see in the current and sometimes shady recruiting landscape.

“I can give you an example,” he said. “One of their recruiters, one of the assistants, was showing us – just our family – through the stadium. And Payton reached into a cooler in the locker room and was grabbing a Gatorade at the same time he was asking could he have a Gatorade. And the assistant stopped him and said, ‘No, I can’t do that. All I can offer you is water, and we don’t have any down here. I can get some to you when we get back to the office.’ There was no one around. He could have easily given Payton that Gatorade, but he didn’t, and that spoke volumes to me.

“Because being the high-status recruit that he is, we’ve had a lot of different offers from a lot of different people, which were to me, opportunities to teach him about right and wrong in this process. But we’ve never had a problem with Clemson.”

Eric noted that they never had a problem with North Carolina or Tennessee, either, and spoke highly of Payton’s other two finalists as well.

“I feel like it’s worth mentioning that I think the job that Mack Brown is doing at Carolina is nothing short of phenomenal,” Eric said. “I really think he’s really on the cusp of being great there. Coach (Jeremy) Pruitt at Tennessee, same thing. He’s probably a year away from being competitive, maybe two, from being really competitive in the SEC. So, my hats off to all of them. They’ve done a great job recruiting Payton.”

Everyone knows that Clemson is getting an outstanding football player in Payton, who is ranked as high as the No. 2 defensive tackle and No. 30 overall prospect in the country by Rivals. But take it from one of the people who know Payton best – the Tigers are adding another fine person with a great personality to their program off the field, as well.

“He’s a clown,” Eric said with a smile. “Like (Dudley High School) coach (Steven) Davis said, he’s a big kid. He is, he really is. Laughs, jokes all the time. Probably jokes too much, more than he should. But this whole process has matured him tremendously. So at home, we’re proud of the person he is in between the lines on the field. But we’re probably even more proud of the young man that he’s become through this process. So, couldn’t be more happy with him.”