Clemson junior cornerback Derion Kendrick, who began his college career as a receiver in 2018 before switching to defense last season, said after the Tigers’ practice on Monday he is impressed by what he has seen from freshman wideout E.J. Williams to this point in fall camp.

“He likes to be physical, he likes route running, so he’s going to be great for our offense,” said Kendrick, a second-team All-ACC selection in 2019.

Kendrick also had good things to say about freshman cornerback Malcolm Greene — a four-star product of Highland Springs (Va.) High School who enrolled this summer — and believes it will be hard to keep him off the field moving forward.

“Just energy, physical, compact and he just loves the game,” Kendrick said. “So, you can’t really reject him from being out there on the field if he’s loving the game and doing what he’s supposed to do.”

Kendrick was also asked about freshman cornerback Fred Davis, a former five-star recruit from Trinity Christian Academy in Jacksonville, Fla., who enrolled at Clemson in January.

Although Davis has plenty to learn and get better at, like most true freshmen, Kendrick has certainly taken notice of his talent.

“He’s a freshman, so there’s a lot to improve,” Kendrick said. “You don’t just come in the game and be great. You’ve got to work hard day by day, just get better. But he’s long, rangy, loves to play, fast and can run.” 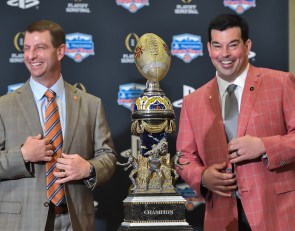 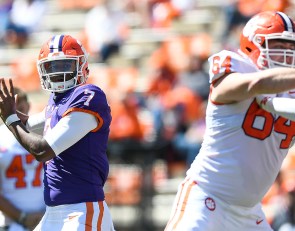