Clemson is among four finalists for a five-star prospect and one of the top players regardless of position in the class of 2022.

Clemson offered Singletary, who is rated as a five-star prospect by both Rivals and the 247Sports Composite, in July.

Singletary previously had a top eight, which he announced last month, comprised of Clemson, Florida, Georgia, Auburn, LSU, Miami, Oklahoma and Tennessee. Ohio State was not included on the list as the Buckeyes didn’t offer him until early November. 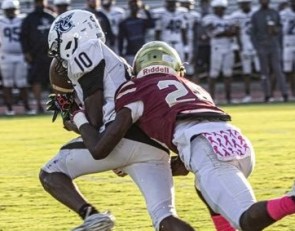