NEW ORLEANS — It is Game Day at the Sugar Bowl where the No. 2 Clemson looks to silence No. 3 Ohio State once again.

The Tigers hope to win another CFP semi-final and head to their fifth national championship game in six years.

Clemson will make its sixth consecutive College Football Playoff appearance on Friday, Jan. 1 when the second-seeded Tigers face third-seeded Ohio State in the Allstate Sugar Bowl. Kickoff at the Mercedes-Benz Superdome is scheduled for 8 p.m. ET.

Clemson’s opponent will be a familiar one, as the Sugar Bowl will be Clemson’s fourth bowl game against Ohio State since 2013 and its third against Ohio State in the College Football Playoff since 2016. The contest will be Clemson’s fifth bowl game against Ohio State all-time, passing Alabama and LSU (four each) as Clemson’s most common bowl opponent. Clemson holds a 4-0 record all-time against the Buckeyes. The opportunity for significant parallels to the 2015-16 postseasons exists for Clemson. After losing a national championship game in Glendale, Ariz. to end 2015,
Clemson returned to Arizona for the 2016 Fiesta Bowl and defeated Ohio State, 31-0, before winning the national title in the state of Florida. This year, Clemson faces Ohio State in New Orleans’ Mercedes-Benz Superdome, the same venue in which Clemson’s 2019 national championship hopes ended with a loss to LSU. With a win, Clemson would advance to play for another national title in the state of Florida, as this year’s College Football
Playoff National Championship will take place in Miami Gardens, Fla. on Jan. 11.

WHAT TO WATCH FOR THIS WEEK

Saturday’s game at the Mercedes-Benz Superdome, home of the New Orleans Saints, will be Clemson’s 16th game in an NFL stadium since 2015. Clemson
has won 15 of its last 18 games in NFL stadiums but will be seeking its first win at the Superdome since its 1981 national championship season. Clemson has an 18-7 record in NFL stadiums under Head Coach Dabo Swinney.

Clemson will attempt to buck historical trends in the bayou when it faces Ohio State, as Clemson will enter the contest with a 3-9 record in the state of Louisiana and a 3-8 record in the city of New Orleans dating to a 1937 regular season loss to Tulane. The Tigers went to New Orleans to face Tulane four consecutive years from 1937-40. The 1938 and 1939 games were battles
between teams that finished the year in the AP Top 20.

In 1939, Tulane finished fifth and Clemson was 12th, as Tulane handed Clemson its only loss, a 7-6 final score in the second game of the year.
Clemson faced Tulane in New Orleans eight times.  Clemson won its last meeting with Tulane in 1981 in the Superdome, a 13-5 victory, en route to the national championship.

Clemson is 0-4 in the postseason in the state of Louisiana, including 0-3 in New Orleans. Clemson lost season finales in Louisiana to close the 1958
(Sugar Bowl vs. LSU), 1985 (Independence Bowl vs. Minnesota), 2017 (Sugar Bowl vs. Alabama) and 2019 (CFP National Championship vs. LSU) seasons.

Clemson has posted a 10-6 bowl record under Head Coach Dabo Swinney, including a 9-3 mark in its last 12 bowl games dating back to the 2012 season.

Clemson’s nine bowl wins since 2012 have not come against run-of-the-mill opponents. Eight of Swinney’s nine bowl victories in that span have come against head coaches with national championship victories to their credit at various levels of NCAA play, including two wins each against Nick Saban, Urban Meyer and Bob Stoops, as well as single victories against Les Miles and Brian Kelly. Four of those coaches have won FBS titles, while Kelly was a two-time champion at the Division II level.

The Sugar Bowl will be Clemson’s 10th College Football Playoff game since the Playoff’s inception in 2014. 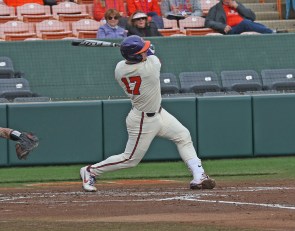