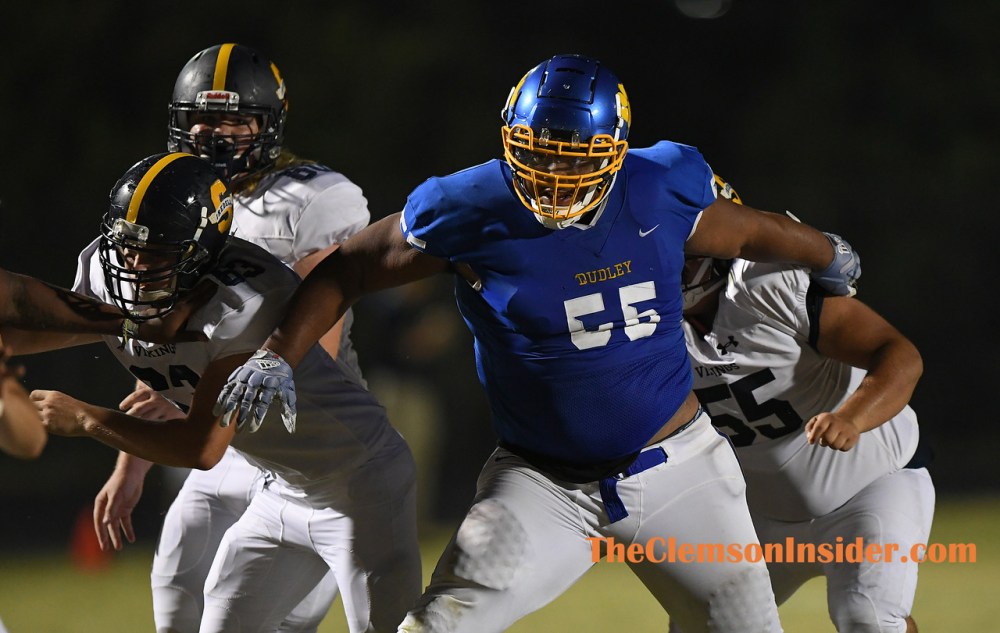 Strengths: At 6-foot-4 and well over 300 pounds, Page arrives on campus ready to play right away from a physical standpoint. His stout frame and weight make him tough for an offensive lineman to move, and he is not only a run-stuffer but also more than capable as a pass-rusher.

Page is athletic for his size, and when he is not bull-rushing over somebody, he is nimble enough to skirt around an interior O-lineman and get into the backfield, while he has the quickness to move laterally and make tackles as well. He disrupts a lot of plays with his force off the line of scrimmage and ability to overpower the opposition.

Overall, Page presents a major problem for offenses with his sheer size and strength, and he has plenty of room to improve as a defensive tackle which is a scary thought for Clemson’s future opponents.

How he fits in: After not being able to play his senior season in 2020 due to the COVID-19 pandemic, Page will get the chance to show what he can do in spring practice. His odds of earning early playing time in 2021 appear to have increased with the recent news that a pair of the Tigers’ veteran defensive tackles, Nyles Pinckney and Jordan Williams, have entered the NCAA transfer portal. Page enters a D-tackle room at Clemson that is still chock full of talent with players such as Tyler Davis, Bryan Bresee, Ruke Orhorhoro, Etinosa Reuben, Darnell Jefferies, Demonte Capehart and Tre Williams. But Page has the size and skill set to be a difference-maker for the Tigers up front in the future, perhaps as early as next season if he works hard, learns the playbook and refines his technique.

Coach speak: Clemson head coach Dabo Swinney on Page – “He’s going to reestablish the line of scrimmage, quick. He’s not a guy you’re going to be able to move. One guy is going to have a hard time blocking Payton. But he’s got a bright, bright future. He does. He’s got great feet, he’s a basketball player. Just a great fit for our style of play, what we do and what we believe in when it comes to the interior D-line play.

“He’s got some great football in front of him, and he’s going to be surrounded by some other great players. But he was the one guy that we felt like all across the country fit everything we were looking for, for a Clemson Tiger.”

Clemson defensive tackles coach Todd Bates on Page – “Really got a chance to get to know him and his family throughout the recruiting process, and meeting him at a young age and just seeing him develop, he’s very physical. He reestablishes the line of scrimmage and can really rush the passer. But he’s going to bring some initial short-yardage ability to stop the run, and he can also pass rush.

“He’s a dancing bear. He’s got sweet feet. You just love to see him, man, working on the footwork ladder and doing things in his garage as he’s had to change up his routine, not being able to get out to gyms, working out from home (during the pandemic). It’s been really good to see him really attacking that process.”