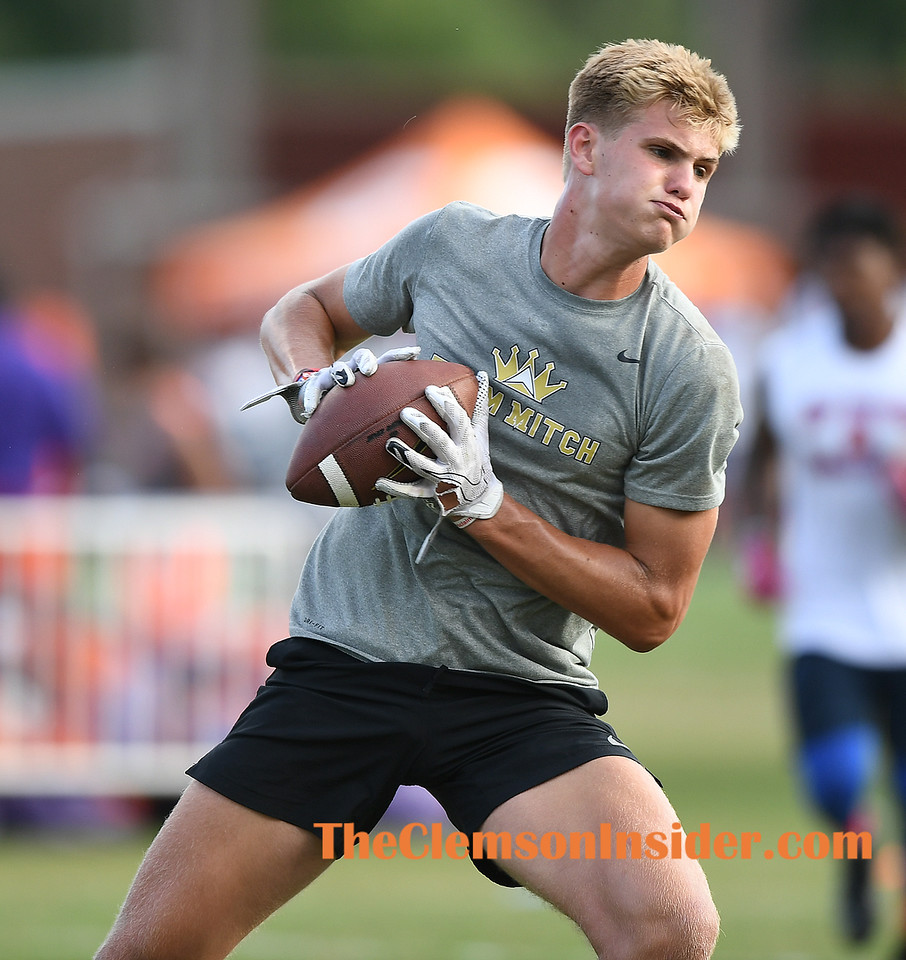 High school stats/accolades: Selected for the Under Armour All-America Game … had 39 receptions for 774 yards and 12 touchdowns as a senior in 2020 … also had a 51-yard kickoff return for a score, giving him 13 touchdowns for the year … on defense had 38 tackles, seven sacks, 11 tackles for loss and a forced fumble … for his career, recorded 111 receptions for 1,955 yards and 22 receiving touchdowns … Mr. Football finalist in Tennessee for 6A as a senior… Regional 6-6A Co-MVP in 2020 … all-region in 2019 and 2020 … second-team All-Mid State as a junior

Strengths: Tall and long at 6-foot-6, 220 pounds, Briningstool is an attractive target as a receiving tight end and has a wide catch radius and dependable hands to help him bring balls in. He possesses the necessary speed and athleticism, to go with his size, to be able to stretch the field and be a mismatch for defenders over the middle. He is a very willing, physical blocker as well and embraces that aspect of the tight end position. Briningstool has strong bloodlines to boot as the son of former Michigan State linebacker Tony Briningstool.

Briningstool fits the mold of a Jordan Leggett, and the Tigers hope he will develop into that type of playmaker in the passing game. Briningstool has also drawn comparisons to former Clemson tight end Brandon Ford, who was a first-team All-ACC performer in 2012, because of their similar length and catch radius.

How he fits in: Briningstool joins a tight end room at Clemson that includes talented players such as Braden Galloway, Davis Allen, Jaelyn Lay and Sage Ennis. Galloway and Allen are expected to return next season after serving as the go-to guys at tight end in 2020, but the addition of Briningstool certainly makes the Tigers better at the position heading into 2021. He gives Clemson another weapon as a receiving tight end, and his presence should only increase the competition at the position in spring practice and fall camp. Briningstool has the tools and ability to carve out a role in Clemson’s offense as a true freshman and make an impact in some capacity next season.

Coach speak: Clemson head coach Dabo Swinney on Briningstool: “He’s long, he can run, he’s got a great skill set as far as finishing passes. He’s tough. He really brings everything we’re looking for, and he’s got great growth potential. He’s not fully developed in what he’s going to be physically. His dad was a great player… So, we’re really excited about Jake and what he brings. Going to be a great leader for us. Don’t have any doubt about that. I think a lot of people have him as the best player in the state of Tennessee. But got a bright future in that tight end room.”

Clemson tight ends coach Danny Pearman on Briningstool: “He had been over here (to visit Clemson) several times. He had camped with us, he had been to a game or two, and he came over and he just didn’t want to leave town without going over there Sunday morning (Jan. 26, 2020) and putting his name on a scholarship, and I’ll remember him for that probably as much as anything. Comes from a very successful program over there at Ravenwood with Coach (Matt) Daniels. They just do a good job year in and year out. So, he’s used to the competition, he’s used to winning, and he’s ready to get on board.”