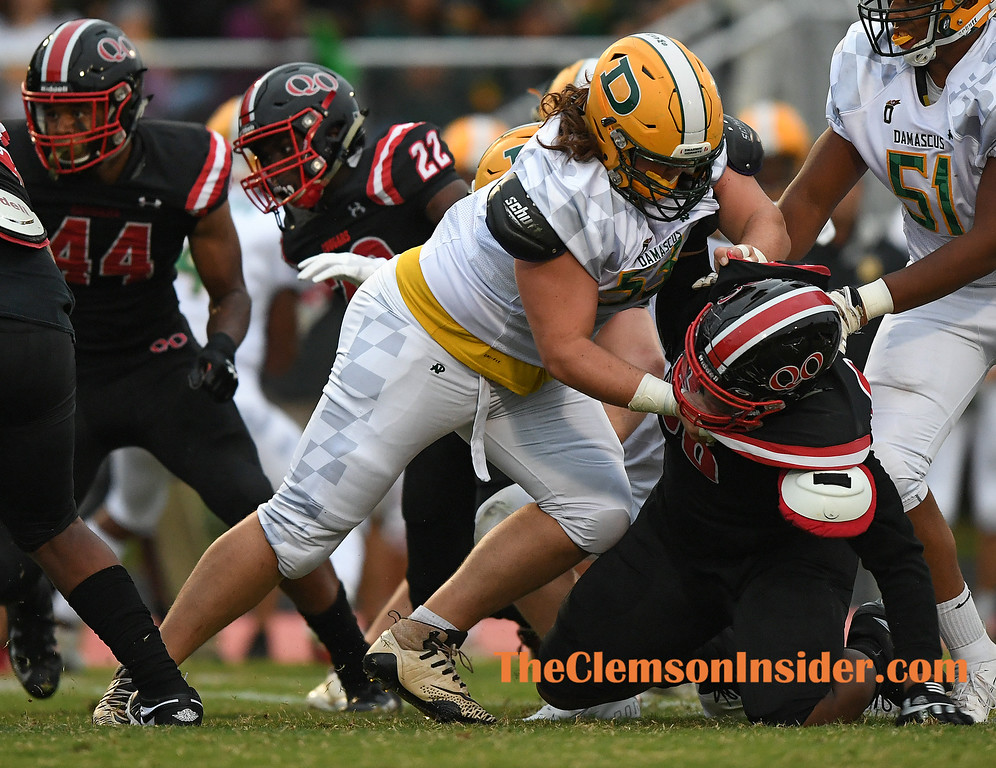 High school profile: Invited to play in the Under Armour All-America Game … did not have a 2020 high school season due to COVID-19 pandemic … committed to Clemson on September 23, 2019 … became Clemson’s second signee from Damascus in a two-year span, joining 2020 signee Bryan Bresee

Strengths: A three-sport athlete in high school who played basketball and lacrosse in addition to football, Linthicum is very athletic for his size and it shows on the gridiron with his quick feet, explosiveness off the line, agility and ability to get to the second level and block linebackers.

Not only is Linthicum athletic, but the No. 1 center in the 2021 class per Rivals is strong and powerful, too. His high school tape shows him consistently delivering blows at the point of attack after getting off the snap quickly. He drives defenders backward or to the ground and plays through the whistle, finishing blocks. He certainly has the type of toughness, hard-nosed attitude and mean streak coaches love to see in an offensive lineman.

Linthicum’s biggest strength is his run blocking, but he is more than capable as a pass protector as well and should only improve in that area. The Tigers are getting a complete center in Linthicum whose physicality, athleticism and aggressive mentality should serve him well at Clemson.

How he fits in: Fifth-year senior Cade Stewart started all 12 games at center this past season, with redshirt freshmen Mason Trotter and Hunter Rayburn backing him up. Linthicum will have the chance to compete for early playing time in spring practice and fall camp, and the starting spot at center could be up for grabs if Stewart decides not to return to Clemson for the extra year of eligibility granted by the NCAA to all fall sport student-athletes because of the COVID-19 pandemic. Regardless, the future looks bright for Linthicum, who has the potential to make a significant impact in the middle of the Tigers’ offensive line in the future – perhaps as soon as his true freshman season in 2021.

Coach speak: Clemson head coach Dabo Swinney on Linthicum – “I love Ryan Linthicum. He’s probably as good a center prospect as you could sign, and could play guard as well.

“This is a great kid. Great demeanor, great personality, and I think Coach (Robbie) Caldwell, he picked a good one right here.”

Clemson offensive line coach Robbie Caldwell on Linthicum – “He’s got a twin sister that’s very athletic. The whole family’s just fantastic. Dad played college football. But Ryan played three sports – basketball, football and lacrosse. He’s pretty good with that stick, too. So, we’re very excited about him. And he’s a natural center, so we don’t have to make one.”