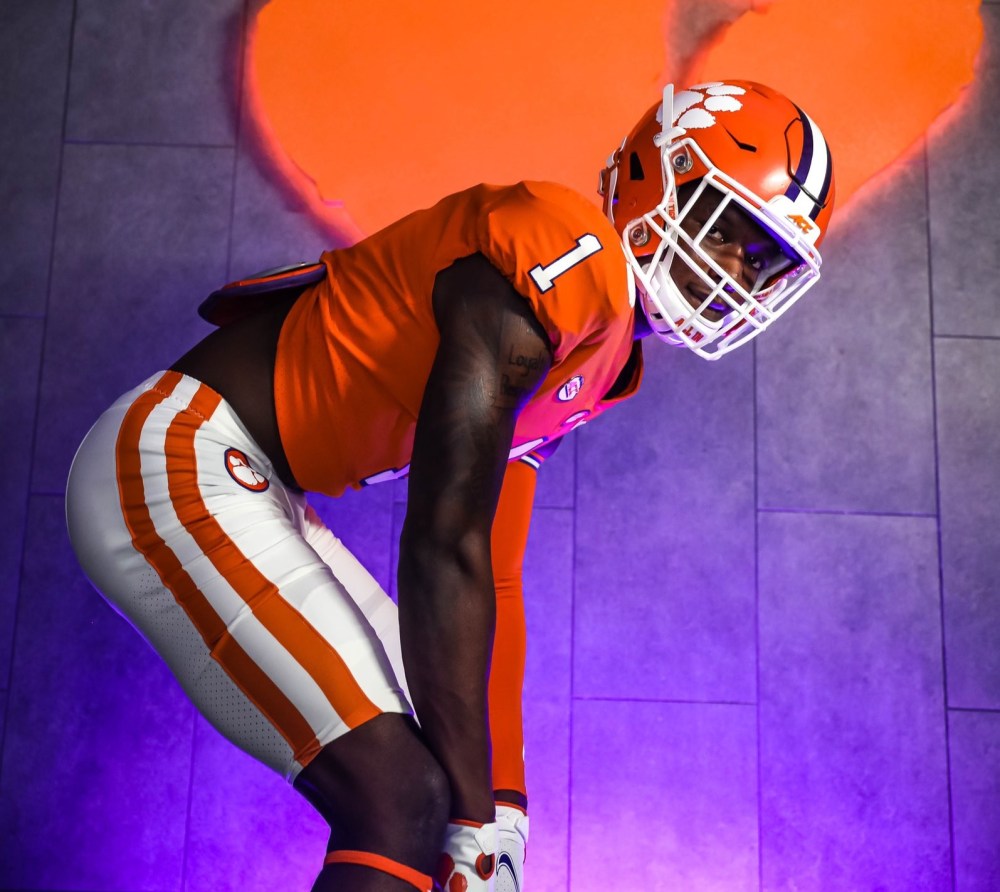 High school profile: Won District Offensive Player of the Year as a senior … had 27 receptions for 427 yards and six scores … added 20 carries for 173 yards and two scores … on defense, had 60 tackles, six interceptions and four caused fumbles … in the state quarterfinals, he had two interceptions on defense and also scored on a diving 19-yard catch on offense … District 12-5A Newcomer of the Year in Texas in 2019 … had 32 receptions for 635 yards and 12 touchdowns on offense … added 80 tackles, five interceptions and three forced fumbles on defense … had two touchdowns on kick returns as well … All-State as a receiver that year

Strengths: An exceptional athlete that Clemson poached from the heart of Texas, Mukuba was a dynamic player in high school in all three phases of the game – on defense as a defensive back, on offense as a wide receiver and on special teams. One of the most impressive parts of Mukuba’s game is his physicality. The Tigers signed Mukuba as a safety, but as safeties coach Mickey Conn put it, Mukuba hits like a linebacker, has the speed and agility of a cornerback and can play man coverage like a corner, has the ball skills of a receiver and is smart like a safety. Mukuba is passionate about the game and a high-character person who perfectly fits Clemson’s culture off the field, as well as what the Tigers look for in a player on the field.

How he fits in: Mukuba is one of two prospects Clemson signed in December as a safety, along with Suwanee (Ga.) North Gwinnett five-star Barrett Carter, who is slated to enroll this summer. While Mukuba is listed on the roster as a safety and has the ability to play both free and strong safety, he also has the athleticism to line up at cornerback if the Tigers wanted or needed to plug him in at that position. Mukuba will have the chance to make an impression in spring practice, and his all-around talent and versatile skillset – as well as the head start he is getting on learning Brent Venables’ scheme as an early enrollee – should give him an opportunity to see the field early in some capacity next fall, whether it be at safety, corner or in nickel or dime packages.

Coach speak: Clemson head coach Dabo Swinney on Mukuba: “Mukuba’s that guy that has the athletic ability to play either safety. Could probably play corner if we needed him to. Can play nickel, can play dime. He’s a very dynamic player, just like Barrett, and also a great offensive player. Was an excellent offensive player at his high school as well. But really, really excited about Andrew.”

Clemson cornerbacks coach Mike Reed on Mukuba: “Very athletic, has the footwork of a corner. Will strike you as a safety. You’re talking about an old-school safety. He’s one of those guys that can come down and he’ll rock your world. Very soft-spoken kid, great family. Had numerous conversations with him on the phone with little brother. He is a good get for us, truly. A guy that’s going to come here and is going to blossom.”