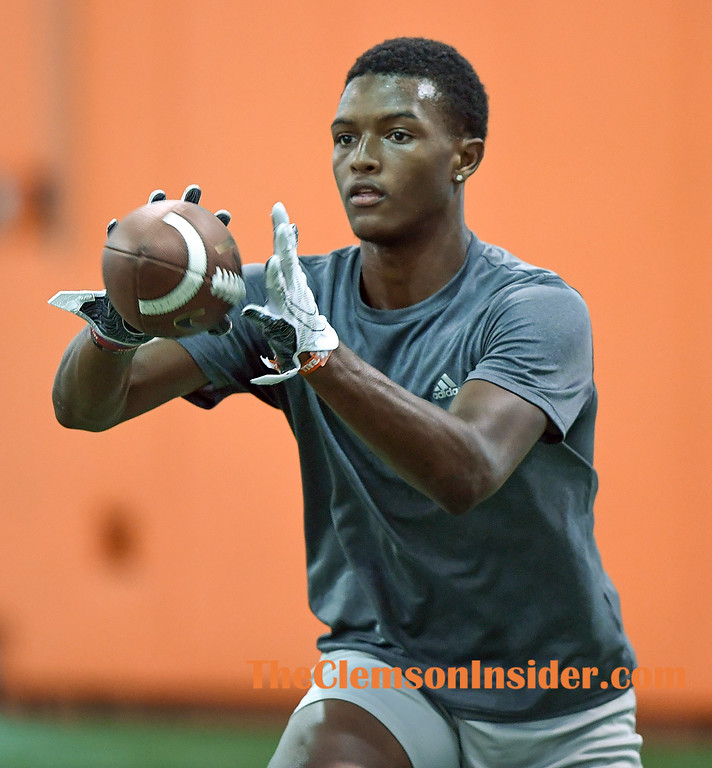 High school profile: Invited to play in the Under Armour All-America Game … had a strong four-year career in the football-rich state of Georgia, with his reception and yardage totals increasing each season … had recorded 109 receptions for 1,990 yards and 20 touchdowns in 37 career games, averaging a strong 18.3 yards per catch for his career … in the first 11 games of the 2020 season, he had 48 catches for 842 yards and eight scores, averaging 17.5 yards per catch … had his best game against Johns Creek, when he recorded 153 receiving yards and a touchdown on eight catches … had at least three catches in every game in 2020 … as a junior in 2019, had 39 catches for 696 yards and six scores in 12 games … had catches in all 12 games in 2019, finishing with a streak of 23 straight games with a catch over his last two years … as a sophomore, caught 14 passes for 304 receiving yards and six scores … had eight receptions for 148 yards and two touchdowns as a freshman

Strengths: Collins will give the Tigers yet another big, long and athletic wideout. He is 6-foot-4, around 200 pounds, and wants to stay at that playing weight in order to maintain his speed.

As a receiver, Collins is good at getting out of breaks with his quickness and agility and uses his speed to stretch the field vertically. He runs with long strides and is a smooth, fluid runner, while he is dependable as a pass catcher with soft hands and has a wide catch radius. He can reach out and snag passes over the shoulder and has the ability to go up and come down with 50-50 balls as well. His big body and ball skills should make him a threat in the red zone.

Collins fits the mold of a typical Clemson receiver with his size and skillset and has the tools to be another big-time weapon for “Wide Receiver U” in the future.

How he fits in: Collins is one of three wide receivers that Clemson signed in December as part of its 2021 class, along with fellow four-star prospects Beaux Collins and Troy Stellato. Both Dacari and Beaux Collins enrolled in early January, while Stellato is slated to arrive on campus this summer. The trio will join a Tiger receiver corps set to return All-American candidate Justyn Ross along with other weapons in Frank Ladson, Joseph Ngata, E.J. Williams, Brannon Spector and Ajou Ajou.

Dacari Collins is certainly quick enough to play in the slot but is also a receiver the Tigers will want out wide with his height, length and ability to make contested catches. Clemson wide receivers coach Tyler Grisham compared Collins to the aforementioned Williams, albeit a taller version, and Collins has the chance to make a similar type of impact next fall as Williams did as a true freshman in 2020 when he recorded 24 receptions for 306 yards and two touchdowns.

Collins’ versatility and the fact he comes to Clemson as an already polished receiver should help his cause as he competes for early playing time next season.

Coach speak: Clemson head coach Dabo Swinney on Collins: “A great, great receiver prospect. He is big, he’s long, he’s physically developed, he’s got great twitch, and a great young man. Committed early (on September 7, 2019). Another guy that we had in camp. So, think he’s going to be a great addition for us.”

Clemson wide receivers coach Tyler Grisham on Collins: “Man, he’s going to be really impressive. Really smart guy. Comes from a great program, has a really great wide receiver coach as well. So, he’s very polished. … He’s going to be able to help us, no doubt.”