Clemson’s latest scholarship offer went out Thursday to one of the top defensive tackle prospects in the class of 2022. 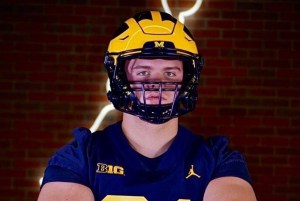 VanSumeren originally committed to Michigan as the program’s first 2022 pledge in December 2019 before reopening his recruitment last week. His older brother, Ben, is a rising senior linebacker for the Wolverines who signed as part of Jim Harbaugh’s 2018 recruiting class.

In just a week since de-committing from Michigan on Feb. 11, VanSumeren has received offers from Arizona, Boston College, Indiana, Oregon, Texas A&M, Virginia, Wisconsin and most recently Clemson. At the time of his Michigan commitment, VanSumeren’s only other offers were from Central Michigan and Kentucky.

After pulling the trigger on an offer, the Tigers should get a good look from VanSumeren, who says his recruitment is now 100-percent open. As things currently stand, he is simply exploring all of the new college options coming his way and trying to learn about what his suitors have to offer, while not rushing the next stage of his process.

As a junior in 2020, the quick, strong and agile defensive tackle recorded 63 total tackles, including 19 for loss and eight sacks, to go with 32 quarterback hurries, three forced fumbles and a fumble recovery.