After signing two safeties as part of the 2021 class in five-star Barrett Carter and four-star Andrew Mukuba, Clemson is likely looking to add a couple more safeties in the 2022 class.

In our Looking Ahead feature, The Clemson Insider takes a look at the top names on Clemson’s safety board and where the Tigers stand with them as things stand now:

Clemson has offered several safety prospects in the 2022 class, including a pair of five-stars in Bradenton (Fla.) IMG Academy’s Keon Sabb and Jefferson (Ga.)’s Malaki Starks.

Sabb (pictured above), the nation’s top-ranked safety per multiple recruiting services, told TCI recently Clemson is one of the schools that has been recruiting him the hardest along with Ohio State, Penn State, Oklahoma and Rutgers.

Sabb is building a good relationship with Clemson defensive coordinator Brent Venables and told us Clemson is locked in as one of his top schools. He wants to narrow down his recruitment to his top five schools at some point moving forward but isn’t sure when he will make his commitment decision.

As for Starks, he dropped a top three via social media last November featuring Alabama, Clemson and Georgia.

Starks has a tie to Clemson’s program as his uncle, Jerome Williams, was a tight end for the Tigers under Danny Ford from 1986-89. However, Starks has visited nearby UGA on multiple occasions and has a family full of Bulldog fans, reasons UGA is viewed as the team to beat in his recruitment ahead of the Tigers and Crimson Tide.

Nwankpa listed Clemson among his top 12 schools on Jan. 1, while Branch put Clemson in the top 11 he posted on social media Jan. 16. 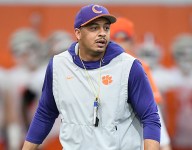 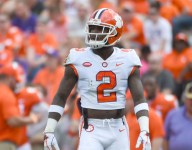 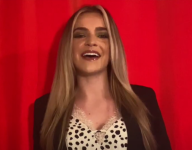