Clemson offer would be ‘major milestone’ for ACC, NFL legacy

Clemson offer would be ‘major milestone’ for ACC, NFL legacy

Since January, offers from schools such as Alabama, Ohio State, Notre Dame, Texas A&M, Miami, Florida State and Stanford have poured in for Downs, one of the nation’s top prospects in the class of 2023 who has strong football bloodlines as the son of former NC State and NFL running back Gary Downs, and the younger brother of current North Carolina wide receiver Josh Downs.

Clemson has not yet turned the page to offering 2023 recruits, but Downs is firmly on the radar of the Tigers and feels they are one of the programs showing him the most interest in the early stages of his recruiting process.

“Florida State, UNC, Clemson, Notre Dame and Ohio State and Miami probably,” Downs said of the schools he is feeling the most love from.

Clemson safeties coach Mickey Conn, who has ties to the Peach State as the former longtime Grayson (Ga.) High School head coach, is heading Downs’ recruitment for the Tigers. 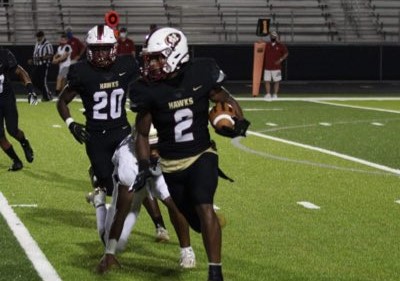 “I’ve been in contact with Coach Conn recently,” he said.

The Tigers typically don’t offer prospects until the summer before their junior year, per Dabo Swinney’s policy. But if Clemson pulls the trigger on an offer to Downs in due time, it would be a significant development in his recruiting process.

“It would be a major milestone in my recruitment,” he said, “because they have been a team that’s been at the top for years.”

“Clemson has been a program I’ve liked since I was a kid,” he said. “I have tremendous respect for their program in every way.”

Downs hopes to check out Clemson, among other schools, after the NCAA dead period – which has been extended through at least the end of May – eventually ends.

“Clemson, Alabama, Florida State, Georgia, Miami,” Downs listed of the schools he is looking to visit.