Despite recruiting restrictions, Miller has strong relationship with Tigers

Despite recruiting restrictions, Miller has strong relationship with Tigers

Because of COVID-19 and the NCAA dead period, Strongsville (Ohio) four-star offensive lineman Blake Miller hasn’t been able to visit Clemson since he committed to the Tigers last October. In fact, he hasn’t been on campus since June 2019, when he participated in the Dabo Swinney Football Camp.

However, all things considered, despite the in-person recruiting restrictions that have been in place for more than a calendar year now due to the pandemic, Miller has still managed to form a close bond with Clemson’s coaching staff.

“With COVID and all these rules and regulations, not being able to go down there, it makes it a little bit more difficult to really build a super strong relationship,” he told The Clemson Insider. “But I feel like, given the circumstances, it’s a very strong relationship.”

Meanwhile, Miller – one of four commitments in Clemson’s 2022 recruiting class right now – is also building a good relationship and staying connected with his fellow future Tigers.

“We talk every once in a while, just keep in touch, get to know each other,” Miller said. “As of right now, the class is looking good. But it’s not over yet, so we’ve got to still round it out.” 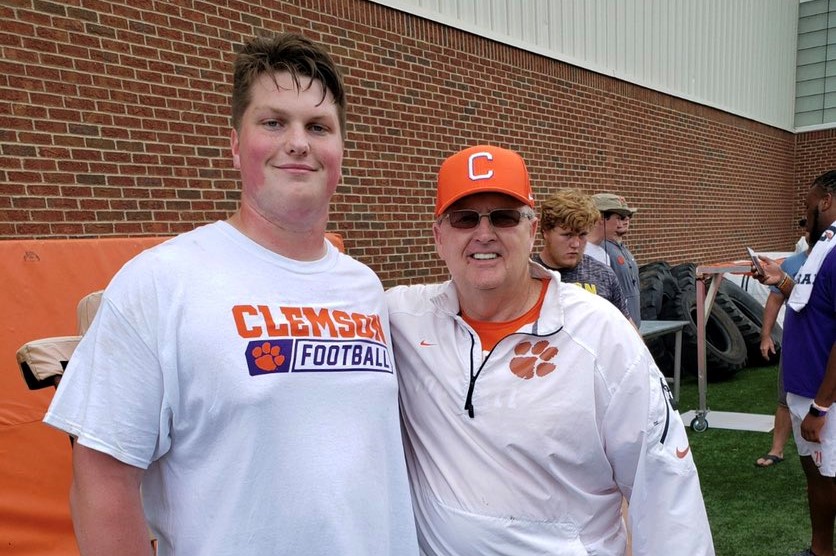 As he gets ready for his upcoming senior season at Strongsville High School, and prepares to make the transition to Clemson thereafter, Miller is honed in on improving one part of his game as an offensive lineman in particular.

“I’ve been working a lot on my hands, just making sure – run block and in pass block – my hands are in the right place, using my hands properly,” he said. “So, just being able to win more using my hands the right way. Because I feel like once I get to college, you can’t really have any shortcomings in your game whatsoever and be able to do well. So, anything that I feel isn’t as good as it can be, I’m trying to work on, and right now I’m pretty focused on just hands and hand placement.”

Miller, who currently stands at 6-foot-6 and 310 pounds, feels his strengths as an offensive lineman are his aggression and football IQ.

“I like to finish guys into the ground, and then I feel like I play an intelligent game,” he said. “I’ve felt myself get a little bit better at recognizing and picking up blitzes, things of that nature.”

Looking ahead, Miller has a few simple goals for his career as a student-athlete at Clemson.

“I’d like to graduate with a good degree, which is pretty obvious,” he said. “But I want to play football at a high level, and then I’d like to just mainly develop from a young man into a man.”