A couple of Sunshine State standouts in the 2023 class were among the recruits who traveled to Clemson last Saturday to take in the Orange & White Game.

One of those was Orlando (Fla.) Dr. Phillips four-star offensive tackle Payton Kirkland, who made the trip to Tigertown with his trainer as well as Kissimmee (Fla.) Osceola four-star defensive end Derrick LeBlanc.

“It was a great trip,” Kirkland told The Clemson Insider. “It was a great environment. It was pretty active out there. For the amount of people that were there, it was pretty loud. I kind of want to see what it looks like with a full crowd in there.”

“The school is beautiful,” he said. “The people of the town are great people, and I like the environment. It’s a place where you can go and you can really focus up on everything that you have to do because there’s not really anything to do surrounding you like there would in a big city.”

Kirkland paid close attention to the battle in the trenches during the spring game, which saw the White team emerge victorious over the Orange, 14-13. 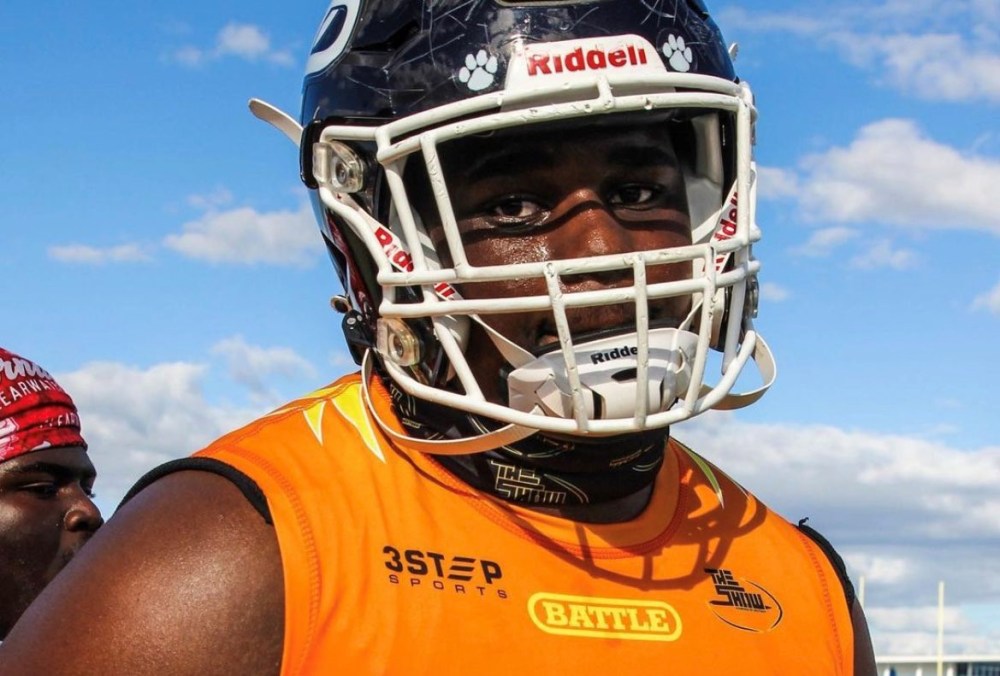 “What I saw today was a lot of defensive line efficiency, and the offensive line was pretty consistent throughout the day,” he said. “There were a couple things that they probably could have worked on. I’m no one to critic a college team. But I loved what I saw out there today. I saw a lot of different fronts and a lot of different things from the linebackers out there, as well.”

Kirkland said he plans to return to Clemson this summer if the Tigers can have the Dabo Swinney Football Camps once again after the camps were cancelled last year due to COVID-19.

The massive 6-foot-7, 315-pound rising junior hopes to prove something to the coaching staff if he is able to camp there.

“That I can play all five positions on the offensive line,” he said.

After his great visit to Clemson for Saturday’s spring game, Kirkland is even more hopeful to earn an offer from the Tigers moving forward.

“For sure,” he said after leaving campus. “I’m a lot more interested in Clemson than I was a couple hours ago.”

Kirkland is the No. 8 offensive tackle and No. 86 overall prospect in the 2023 class according to the 247Sports Composite rankings. He was named to the 2020 MaxPreps High School Football Sophomore All-America Team after last season.

Head coach Monte Lee and the Clemson baseball program have picked up a new commitment from a standout in-state prospect. Caid Byrd, a class of 2021 catcher from Socastee High School in Myrtle Beach, S.C., (…)

Tigers travel to No. 25 Miami this weekend